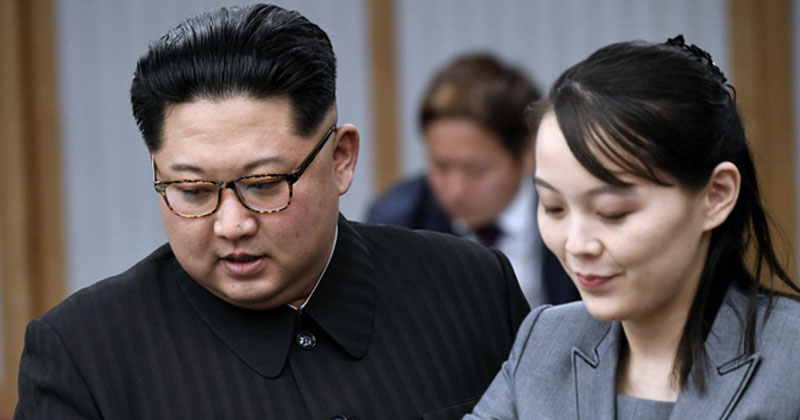 The rumor mill over the fate of Kim Jong Un has gone into overdrive, as the North Korean leader hasn’t been seen since April 11 – over two weeks ago. And as the New York Times notes in a Sunday morning report, North Korea’s recent silence on Kim is highly unusual, considering that rumors are flying that their leader is either dead or in a vegetative state after a botched heart surgery.

“North Korea is still sending letters and gifts to foreign leaders and domestic workers in the name of its leader, Kim Jong-un. Its news media brims, as usual, with panegyric propaganda extolling Mr. Kim’s leadership,” reports the Times.

North Korea’s cover story through state-controlled media was that Kim was simply ‘evacuated’ from Pyongyang to the coast in order to better isolate against the spread of coronavirus.

But this official line (or at least one of many official lines) – along with several leaks, including one allegedly from a Chinese medical official with direct knowledge of what happened – has only served to fuel speculation and rumors. In recent days the hashtag #KIMJONGUNDEAD has begun to trend globally.

Here’s a brief rundown on the significant conflicting reports so far:

First, let’s not forget that MSNBC‘s Katie Tur tweeted last Monday – nearly one week ago – that “Kim Jong Un is brain dead,” and that both NBC and CNN had confirmed his status. She quickly deleted the tweet “out of an abundance of caution.”

Japanese media: Kim is in a Vegetative State

Rumors claim that Kim Jong-un is in “grave danger” or a “vegetative state” after a heart-valve operation. North Korea’s silence has only deepened speculation and driven the rumor mill to a frenzy. https://t.co/m7bYQQGvUE

South Korea’s Blue House says on the record that it has detected no unusual signals from #DPRK amid some media reports about Kim Jong Un’s failing health. https://t.co/KT3IKSRUV6

Trump: “I think the report was incorrect.”

“I think the report was incorrect.”

Trump says he thinks the report on Kim Jong Un’s health was not accurate pic.twitter.com/4AXLcbwGyp

Satellite images: He’s outside of compound

#BREAKING: Beijing-backed satellite TV channel’s vice director, also a niece of a chinese foreign minister, has claimed that Kim Jong Un is dead. She says that she got told this from a «very solid source». She also has over 15 million followers on Weibo pic.twitter.com/v8HnTYZw4c

Inside North Korea: Rumors beginning to cause panic as “something has happened”.

The rumors about Kim Jong Un’s health aren’t confined to the outside world. Pyongyang is abuzz with talk that something has happened to the “Respected Comrade.” Helicopters have been flying low, people have been stocking up on supplies. My latest:https://t.co/sLHhbY3Y00

Concerning this last report, the rumors have apparently begun to cause a stir among the domestic population.

“There’s been panic buying in the capital, with locals stocking up on everything from laundry detergent and rice to electronics to liquor. They started snapping up all imported products first, but in the last few days there’s been a run on domestically produced items too, like canned fish and cigarettes.”

“Helicopters have been flying low over Pyongyang, trusted sources have told me, and trains within North Korea and also over the border in northern China have been disrupted,” WaPo notes, in what could be evidence the West is about to hear big news confirmed.

In 2014 Kim disappeared for six weeks, sparking similar rumors. That said, a Chinese team wasn’t dispatched to assess his condition and/or try to save his life – at least not that we’re aware of.

Alex Jones breaks down the confirmed news that the CDC test kits from China were contaminated with the coronavirus.