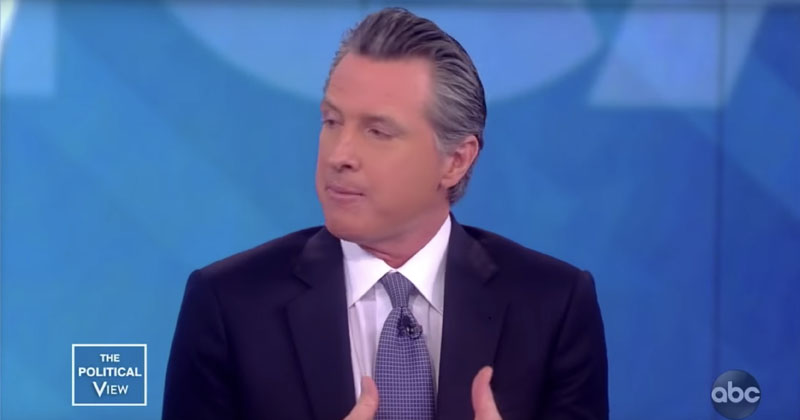 Democrat governors have “deep anxiety” that the 2020 presidential candidates will drive the party into a civil war, California Gov. Gavin Newsom warned.

Newsom joined “The View” on Monday to sound the alarm about the Democrat field vying for the nomination to take on President Trump, warning the party is in such chaos that it may tear itself apart in an ideological civil war.

“I was just at the National Governors Association,” Newsom told the panel of co-hosts. “And this is not comfortable for me to say but, talking to all the governors the last 48 hours, there’s deep anxiety – that we’re not publicly communicating – around what is potentially emerging as a Bernie Sanders ascendency with the Elizabeth Warren wing of the party, and the prospects…that Bloomberg moves into that and you’re in a place of civil war.”

“It’s not my point of view per se, but it’s the anxiety that is spoken – very much – universally spoken, but not publicly yet,” he added.

“So what is your anxiety?” Navarro asked him. “Because my anxiety is Trump gets elected for another four years.”

Newsom assured them he’s “confident” that the Democrats would inevitably unite around their raw hatred of Trump.

“The good news is, the Democrat Party is united with that principle in mind and with that frame,” he said. “So that’s where I’m ultimately confident, but there is some legitimate anxiety as this thing drags on.”

Newsom’s warning comes after the Democrat Party’s worst week since Trump’s election in November 2016, suffering the political fallout of both a failed impeachment campaign and a disastrous Iowa caucus election.

The New Hampshire primary election is Tuesday, with Sanders polling in first place at 29%, and establishment favorite Joe Biden in fifth at (11%).

We can look back at the beginning of February 2020 as a true Roller Coaster in American History that saw populism victorious over anti-American forces that were crushed under the weight of providence, real popular opinion, and the hubris of their own statements.