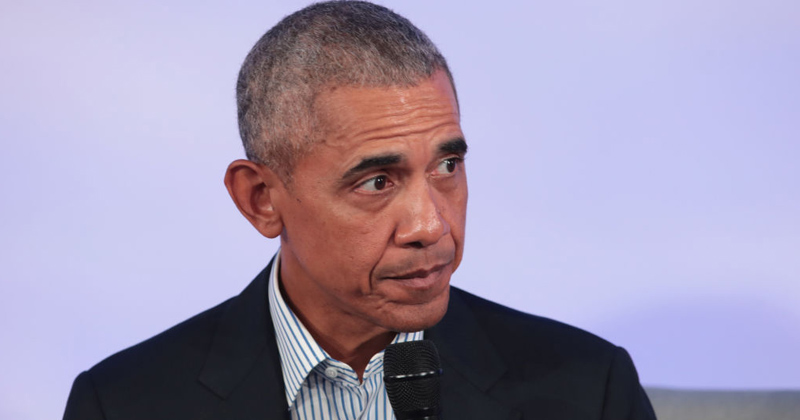 Former President Barack Obama had nothing good to say in a leaked phone call about the Justice Department’s decision to drop its case against Lt. Gen. Michael Flynn.

Speaking privately to the Obama Alumni Association, a group of former administration officials, Obama was particularly bothered by Flynn’s exoneration during the phone call obtained by Yahoo News, claiming it undermines “the rule of law.”

“The news over the last 24 hours I think has been somewhat downplayed — about the Justice Department dropping charges against Michael Flynn,” Obama said.

Notably, Obama incorrectly stated that Flynn was accused of “perjury,” when in fact Flynn was charged with lying to the FBI during an interview he was told he would not need a lawyer for.

“And the fact that there is no precedent that anybody can find for someone who has been charged with perjury just getting off scot-free. That’s the kind of stuff where you begin to get worried that basic — not just institutional norms — but our basic understanding of rule of law is at risk.”

“And when you start moving in those directions, it can accelerate pretty quickly as we’ve seen in other places,” he added.

Obama went on to say that Flynn’s exoneration is an example of why Democrats must win the election in November.

“So I am hoping that all of you feel the same sense of urgency that I do,” Obama said on the call. “Whenever I campaign, I’ve always said, ‘Ah, this is the most important election.’ Especially obviously when I was on the ballot, that always feels like it’s the most important election. This one — I’m not on the ballot — but I am pretty darn invested. We got to make this happen.”

Obama’s panicky remarks are unsurprising given Comey’s FBI kept Obama regularly updated on their counterintelligence coup against Trump and administration officials like Flynn.

Owen loses his cool as he wonders, why have the corrupt members of the Obama administration behind SpyGate and the funding of the Wuhan lab not been brought to justice?