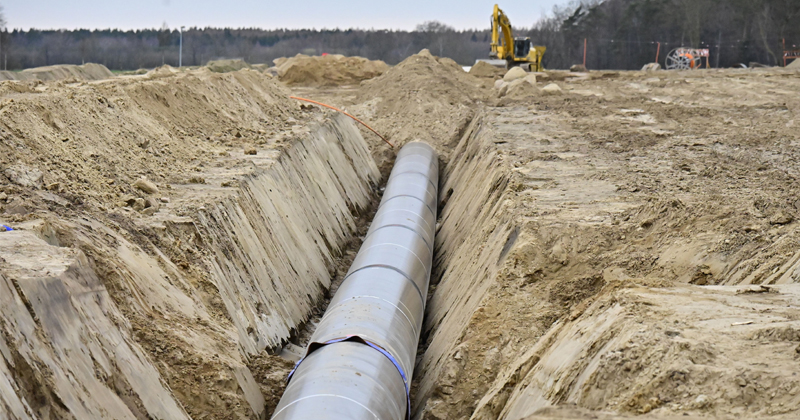 The Nord Stream 2 project is set to carry up to 55 billion cubic meters (1.942 trillion cubic feet) of gas per year from Russia to Germany, passing through the territorial waters or exclusive economic zones of Denmark, Finland, Germany, Russia and Sweden.

US Senator Ted Cruz together with Senators Tom Cotton and Ron Johnson have threatened the management of Mukran Port in Germany, involved in the Nord Stream 2 project with “financial destruction”, if they continue their work on the venture.

In a three-page letter, obtained by Handelsblatt newspaper, the lawmakers called on Sassnitz GmbH, which operates the port, to discontinue logistical support for the project.

“If you continue to provide goods, services, and support for the Nord Stream 2 project, you will destroy the future financial survival of your company”, the letter read.

Sassnitz is where a ship called Rossini is docked for several weeks now which reportedly serves as a base to some 140 workers who work on the pipeline, including nationals of Italy, Russia, the United Kingdom and Ukraine. According to reports, these workers are shipped daily to the Mukran port, the logistical headquarters of the construction of Nord Stream 2’s segment in the Baltic Sea.

The €9.5 billion, 1,230-kilometre (or 715-mile) long pipeline was hit with sanctions by the United States back in December 2019 under the US’ 2020 National Defence Authorisation Act, which caused the Swiss pipelay company Allseas to quit the project with just 100 miles of the pipeline left to put down. Russia is now completing the pipeline on its own.

While Washington cited security concerns for its sanctions, both Russia and Germany, which are involved in the project, stressed that it is an example of unfair competition that runs counter to international law.