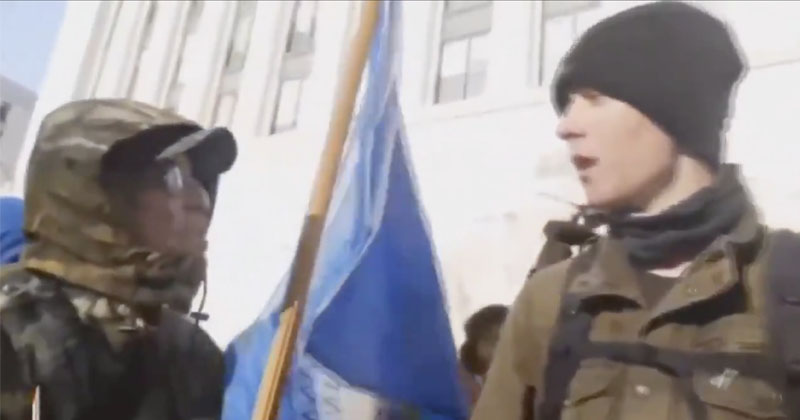 A group of patriots attending the 2nd Amendment rally in Richmond, Virginia, called out an agitator embedded within their group trying to call for violence.

“Want to start the revolution today?” the provocateur asks an attendee. “Want to hop those fences and kill that guy?”

Agitator tried to stir up the crowd at the #VirginiaRally by suggesting violence but the crowd wasn’t having it. pic.twitter.com/SUh1C3fO6l

Nearby attendees were having none of it.

“Are you conservative?” another man asked.

“That is NOT how we are,” a third man said. “I think what that guy just said was absurd. We don’t believe in going and killing people. This is a peaceful rally. We’re here to stand with the people.”

The provocateur tried to save face, but to no avail.

“I agree sir,” he said. “I’m here peacefully. I wasn’t trying to stir up anything.”

“You said something so extreme, and that’s exactly what the left wants!” a patriot retorted.

Virginia State Senator Amanda Chase warned on Friday that the left was preparing to set up agitators at the rally for the mainstream media to demonize Second Amendment supporters.