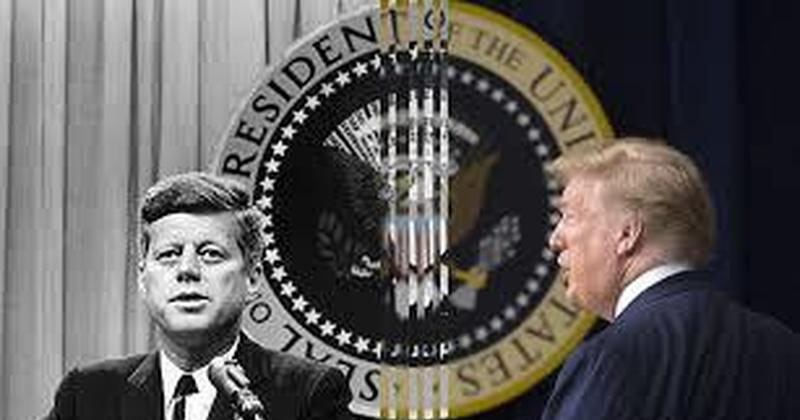 This is the same thing that the Generals and the CIA said about President John F. Kennedy.

When Generals and the CIA say that a president is unfit and dangerous, they mean he is dangerous to their budget. By “unfit” they mean he is not a reliable cold warrior who will keep hyping America’s enemies so that money keeps pouring into the military/security budget. By serving defense contractors instead of their country, generals end up very wealthy.

Both Kennedy and Trump wanted to normalize relations with Russia and to bring home US troops involved in make-war operations overseas that boost the profits of defense contractors.

To stop Kennedy they assassinated him.

Roger Stone’s latest breakdown about the Deep State coup is very important – watch this report to fully understand the reality of what Paul Roberts is saying.

To stop Trump they concocted Russiagate, Impeachgate, and a variety of wild and unsubstantiated accusations. The presstitutes repeat the various accusations as if they are absolute proven truth.

The presstitutes never investigated a single one of the false accusations.

These efforts to remove Trump did not succeed. Having pulled off numerous color revolutions in which the US has overthrown foreign governments, the tactics are now being employed against Trump. The November presidential election will not be an election. It will be a color revolution.

See, for example, here and here.

We have reached the point in the demise of our country that a simple statement of obvious truth is not believable.

As a number of carefully researched and documented books, some written by insiders, have proved conclusively, the CIA has controlled the prestige American media since 1950. The American media does not provide news. It provides the Deep State’s explanations of events. This ensures that real news does not interfere with the agenda.

The German journalst, Udo Ulfkotte, wrote a book, Bought Journalism, in which he showed that the CIA also controls the European press.

To be clear, there are two CIA organizations. One is an agency that monitors world events and endeavors to provide more or less accurate information to policymakers. The other is a covert operations agency. This agency assassinates people, including an American president, and overthrows uncooperative governments. President Truman publicly stated after he was out of office that he made a serious mistake in permitting the covert operations branch of the CIA. He said that it was an unaccountable government in inself.

President Eisehnower agreed and in his last address to the American people warned of the growing unaccountable power of the military/security complex.

President Kennedy realized the threat and said he was going “to break the CIA into a thousand pieces,” but they killed him first.

It would be easy for the CIA to kill Trump, but the “lone assassin” has been used too many times to be believable. It is easier to overthrow Trump’s reelection with false accusations as the CIA controlls the American and European media and has many Internet sites pretending to be dissident, a claim that fools insouciant Americans. Indeed, it is the leftwing that the CIA owns. The rightwing goes along because they think it is patriotic to support the military/security complex.

After the CIA overthrows Trump, they will use Antifa, Black Lives Matter, and their presstitutes to foment race war. Then the CIA will ride in on the Pale Horse, and the population will submit.

The scenario is unfolding as I write.

Very few will believe it until it happens. Even then the CIA’s ability to control explanations will keep the population in hand.

In America today, liars have more credibility than truth tellers.

In their own words — corrupt Democrats confess the process they will use to steal the 2020 election.