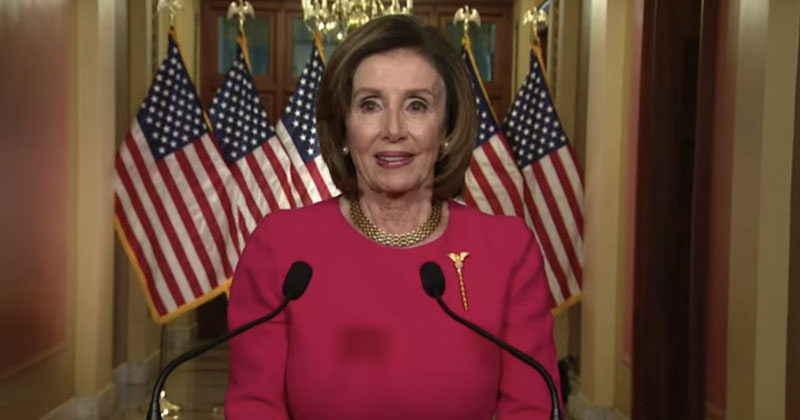 On the brink of an economic and social collapse from the coronavirus pandemic Republicans in Congress are scrambling to address, House Speaker Nancy Pelosi decided instead to defend Obamacare in a bizarre televised speech to the American people.

“I am calling on President Trump to abandon his lawsuit seeking to strike down the Affordable Care Act,” Pelosi said Monday.

This comes as Senate Democrats twice blocked a largely bipartisan $1.6 trillion economic stimulus package geared toward helping small businesses and individuals put out of work due to the coronavirus outbreak.

President Barack Obama joined in on the Obamacare love fest, lauding his signature legislation rather than encourage Democrats to work with Republicans on passing substantial economic relief to Americans.

“Ten years ago today, I signed the Affordable Care Act into law,” Obama tweeted. “It protected preexisting conditions, cut the uninsured rate in half, and lots more. But it’s still under political attack right when we need care the most. We have to protect it, build on it, until we cover everyone.”

President Trump backed a lawsuit in 2019 that seeks to completely repeal the legislation, claiming it’s unconstitutional. The lawsuit has been delayed until after the presidential election.