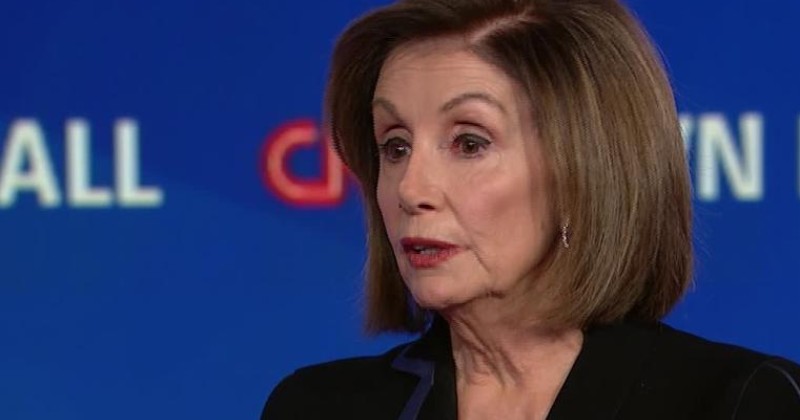 Nancy Pelosi has ludicrously claimed that “civilization itself is at stake” if President Donald Trump wins re-election.

The Speaker of the House made the comments during a town hall on CNN last night.

“Civilization as we know it today is at stake in the next election, and certainly, our planet,” said Pelosi.

“The damage that this administration has done to America, America’s a great country. We can sustain. Two terms, I don’t know,” she added.

The remarks followed Pelosi’s outburst yesterday when she snapped at a reporter, telling him, “don’t mess with me!”

The notion that civilization itself is at risk if Trump wins a second term in office is of course completely absurd.

After more than three years, Democrats still refuse to accept that they lost the 2016 election.

They have gone from screaming in the streets to seriously claiming that humanity as we know it will cease to exist if Trump wins re-election.