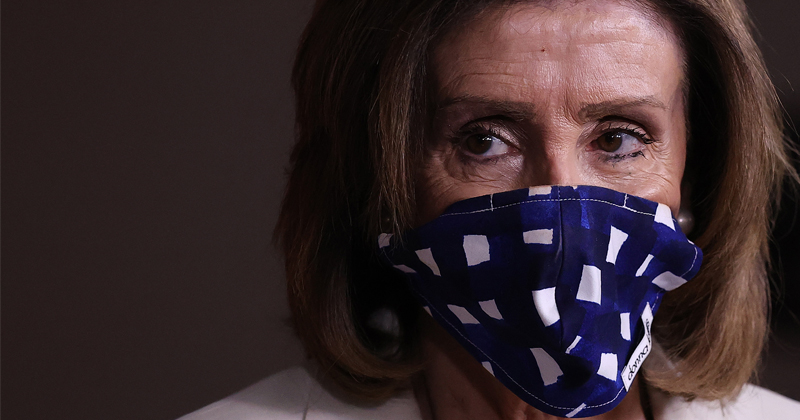 In the wake of Biden’s official denial of the alleged 1993 assault against former Senate staffer Tara Reade and his request to search the National Archives for any proof, Pelosi was asked if she believes the saga is now a “closed issue.”

“Well, it is for me,” said Pelosi to MSNBC Tuesday. “I have said I am proud to support Joe Biden for president. I believe him when he says it didn’t happen. But I also believe it when he says, ‘Let them look into the records.’ And that’s what they should do.”

“But I’m not going to answer this question again.”

The San Francisco Democrat went on to make a case for how Joe Biden would be a “great president” and concluded that “Joe Biden is Joe.”

Just last week, Pelosi was reminded by a reporter of her and her party’s handling of the sexual assault allegations during Judge Brett Kavanaugh’s Supreme Court confirmation and was asked to address the apparent double standard.

"I don’t need a lecture or a speech.”

That was @SpeakerPelosi's response after the Washington Examiner's @KerryPicket asked if there was a double standard concerning sexual assault allegation against @JoeBiden. pic.twitter.com/b2Ftq3QTKT


“I respect your question, and I don’t need a lecture or a speech,” said Pelosi. “I have complete respect for the whole #MeToo movement.”

But not all of the “#MeToo” movement is satisfied with the controversy being a “closed issue.”

“Tara Reade says she was sexually assaulted by Joe Biden in 1993. Nancy Pelosi doesn’t care,” says Brad Polumbo in a Washington Examiner op-ed. “This will likely haunt Biden and the Democrats throughout November’s election and beyond.”

David Knight joins The Alex Jones Show to expose the real data against the inflated bell curve that was used to implement t lockdown of society.