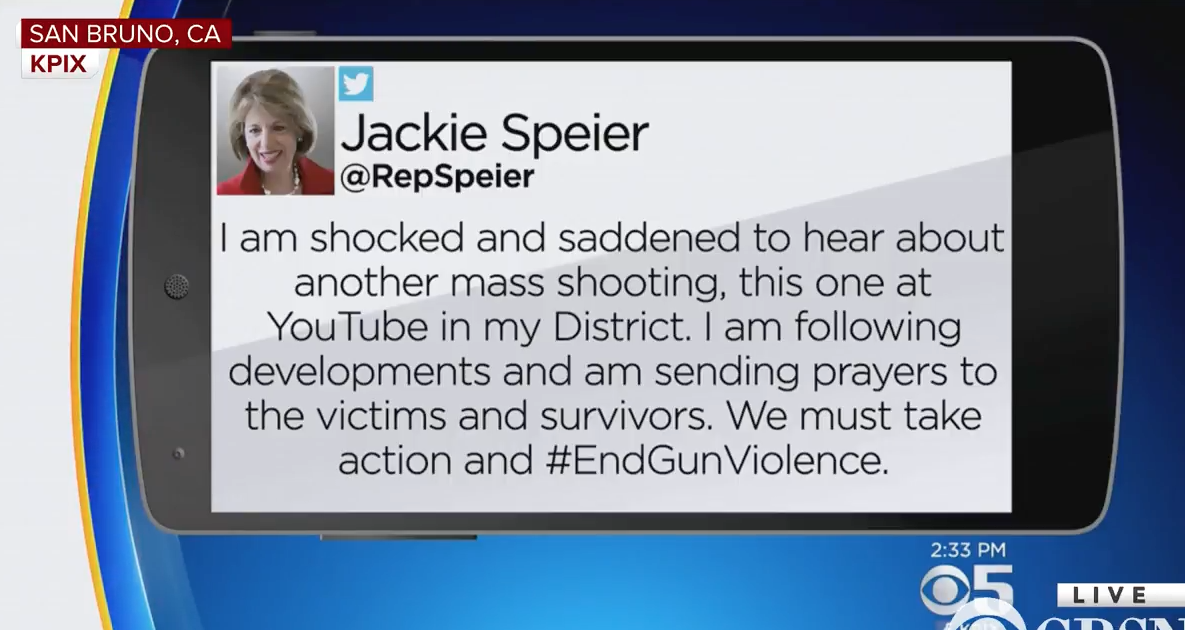 Democrats couldn’t help turning the shooting at a Youtube headquarters in San Bruno, California, Tuesday into an anti-gun awareness campaign.

Reports claim a female gunman opened fire at the company’s campus injuring her boyfriend and two others before turning the gun on herself.

While one eyewitness said he wished he’d had a gun to protect himself, House Minority leader Nancy Pelosi asserted Americans “need real action to #EndGunViolence.”

My staff & I are closely following developments from the active shooter situation at YouTube HQ in San Bruno, CA. Thank you to our heroic first responders. Our Bay Area community – and all American communities – deserve real action to #EndGunViolence.

Congresswoman Jackie Speier, who represents the district where the shooting happened, additionally acknowledged the victims, then took aim at gun rights, saying, “We must take action and #EndGunViolence.”

I am shocked and saddened to hear about another mass shooting, this one at YouTube in my District. I am following developments and am sending prayers to the victims and survivors. We must take action and #EndGunViolence.

Considering California already imposes some of the nation’s strictest gun laws, it’s unclear what “action” Democrats are implying should be taken.

Meanwhile, anti-gun activist Cameron Kasky retweeted a message claiming the NRA recently called on its members to “rise up” against Youtube, suggesting the organization or one of its five million members were somehow to blame. 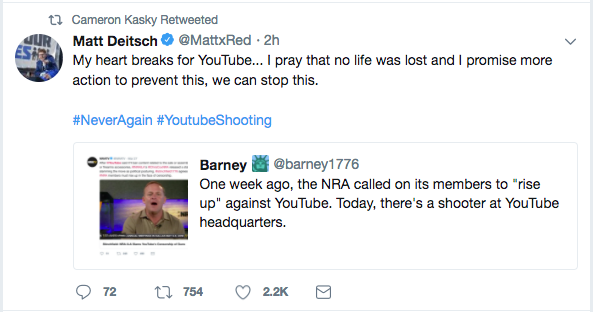 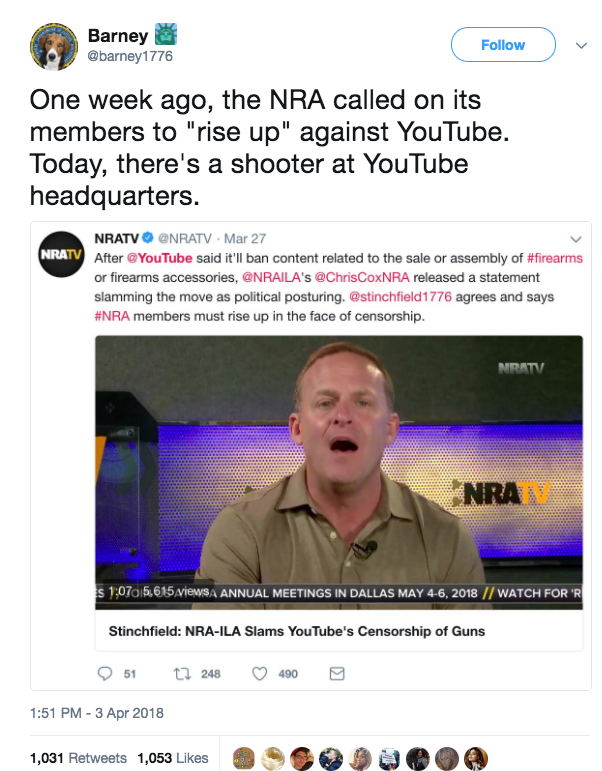 Other deranged leftists, such as actor Michael Ian Black, vowed to politicize the tragedy even before any facts of the situation had emerged.

Another shooting.
I'm going to politicize the fuck out of it, and so should you.
The NRA is a terrorist organization. https://t.co/UsoQBIxWpf

Well done, idiot. You politicized a domestic dispute between a woman and her boyfriend.