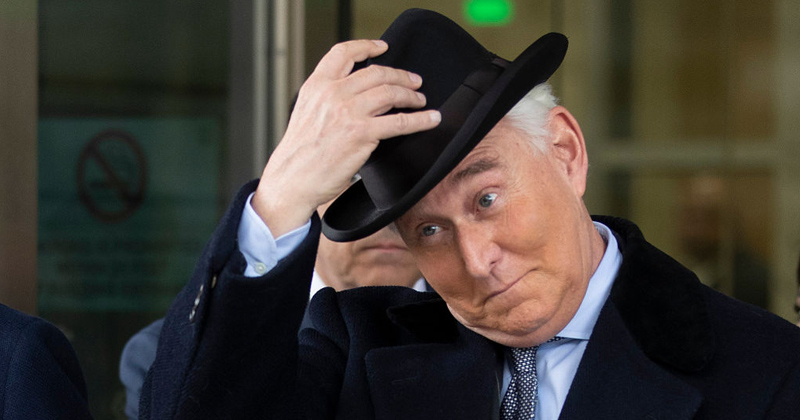 Members of the Democratic leadership, Deep State, and even a couple RINOs were apoplectic over news that President Trump commuted the 40-month jail sentence of confidante Roger Stone on Friday.

The likes of House Speaker Nancy Pelosi (D-Calif.), Senate Minority Leader Chuck Schumer (D-N.Y.), Rep. Adam Schiff (D-Calif.), and even Republican turncoat Sen. Mitt Romney (Utah) were all up in arms over Stone’s commutation on Saturday, which they characterized as “historic corruption.”

Unprecedented, historic corruption: an American president commutes the sentence of a person convicted by a jury of lying to shield that very president.

President Trump’s decision to commute the sentence of top campaign advisor Roger Stone, who could directly implicate him in criminal misconduct, is an act of staggering corruption. https://t.co/Ljqu2E71zs

The American ideal of equal justice under the law is once again being undermined by a lawless president who regards the Justice Department as his personal plaything.

By refusing to hold President Trump accountable, the Republican Party bears responsibility for his lawlessness. https://t.co/0VfaL9LYeY

Commuting Roger Stone’s sentence is a terrible blow to justice and the rule of law.

Former CIA Director John Brennan, known for his particularly vicious tweets toward Trump, charged that the president “made a mockery of our Constitution,” which is rich given his role in warrantless spying on members of Congress in 2014 and perpetuating the debunked Steele Dossier.

Trump has made a mockery of our Constitution, values, & way of life.

His record of criminal & sociopathic behavior is a precursor of greater danger & harm to our country.

What else must he do before his supporters see the threat he poses to America?
https://t.co/Qkzi3gYagp

Members of the media, including the Washington Post editorial board, were also freaking out over the news.

WaPo op-Ed board calls Trump’s commutation of Roger Stone’s sentence “one of the most nauseating instances of corrupt government favoritism the United States has ever seen.” https://t.co/KuRowJbvBC

In Donald Trump’s America, Roger Stone is rewarded for lying and Lt. Col. Vindman is punished for telling the truth.

Which one? At this point it’s getting tough to sort. https://t.co/bfoN1Q4crD

The WH statement on the grant of clemency to Stone reads like a Hannity monologue, doesn’t contest that Stone lied to Congress & witness tampered, & contains numerous demonstrable lies, such as claiming that Mueller probe produced no evidence of collusion. https://t.co/AEs5WPQUDY

“President Trump has once again abused his power, releasing this commutation on a Friday night, hoping to yet again avoid scrutiny as he lays waste to the norms and the values that make our country a shining beacon to the rest of the world,” Biden spokesman Bill Russo said Friday.

“He will not be shamed. He will only be stopped when Americans make their voice heard at the ballot box this fall. Enough.”

Trump tweeted on Saturday that he commuted Stone’s sentence because he was “targeted” by the “illegal” Russian collusion “witch hunt” which found absolutely no collusion between Trump’s campaign and Russia in any way.

“Roger Stone was targeted by an illegal Witch Hunt that never should have taken place. It is the other side that are criminals, including Biden and Obama, who spied on my campaign – AND GOT CAUGHT!” Trump tweeted.

Roger Stone was targeted by an illegal Witch Hunt that never should have taken place. It is the other side that are criminals, including Biden and Obama, who spied on my campaign – AND GOT CAUGHT!