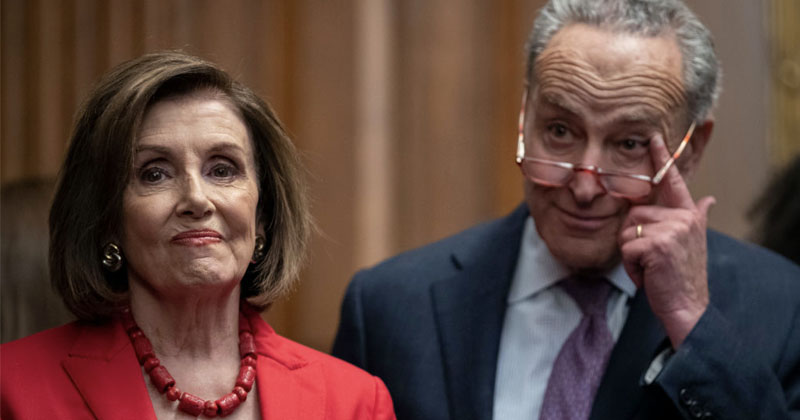 The top two leaders of the Democrat Party indicated they would support socialist candidate Bernie Sanders should he win the 2020 nomination.

According to The Hill, when asked if she’d support Sanders as the nominee, Pelosi replied simply: “Yes.”

Likewise, when Schumer was asked about Sanders’ comments defending communist dictator Fidel Castro’s “literacy program,” Schumer responded that he would also be happy with Sanders as the Democrat nominee.

“We have a lot of strong nominees…I’m not supporting one over the other, but I think every one of them will beat President Trump,” he said.

The Democrat Party establishment and mainstream media have been panicking over Sanders’ rising popularity following his wins in Nevada, New Hampshire, and Iowa, realizing that a socialist authoritarian like Sanders may alienate Middle America and many independents in the general election.

But it appears the faces of the Democrats have signaled that they will allow Sanders to run away with the party regardless if he continues to gain momentum.

However, it could be a ploy to create the illusion the establishment won’t try to take the nomination away from Bernie should he continue winning primary states.