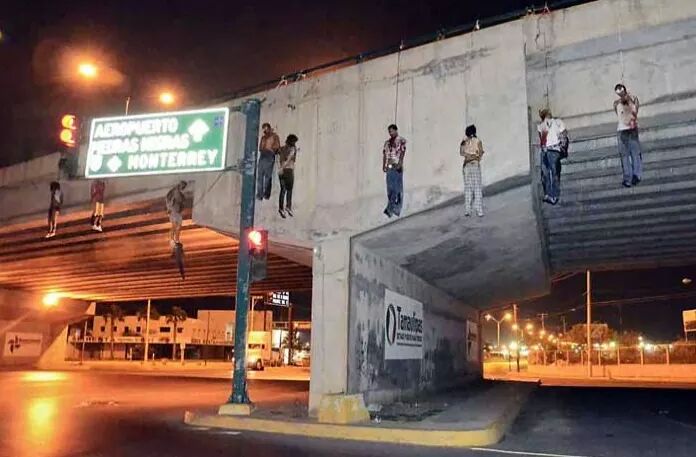 Editor’s note: Be advised this story contains a photo showing in graphic detail how violence remains a serious problem along a compromised border in Texas.

On Saturday House Minority Leader Nancy Pelosi traveled to the South Texas Detention Facility to exploit the situation on the border. The trip was part of a concerted effort by Democrats to push amnesty legislation through Congress.

Infowars was denied access to the Congressperson because it was not “pre-credentialed” by the establishment, in other words it was decided the news organization based in central Texas and not far from the border is too dangerous to be allowed near Madame Pelosi, who is known for her fumbling answers to serious questions.

Tens of thousands of children and toddlers without parents or adult guardians are surging across the U.S.-Mexico border in the Rio Grande Valley of Texas.

On June 16 Infowars reporters Adan Salazar and Jakari Jackson reported on South Texas church groups working around the clock to shuttle hundreds of illegal immigrants to housing facilities, a move politically calculated to benefit the Obama administration in its deliberate plan to flood America with illegal aliens.

The people responsible for protecting the border, however, disagree with Pelosi’s assessment and object to Democrats exploiting the situation to push through amnesty.

“This is not a humanitarian crisis,” the National Association of Border Patrol Officers said earlier this month. “It is a predictable, orchestrated and contrived assault on the compassionate side of Americans by her political leaders that knowingly puts minor illegal alien children at risk for purely political purposes.”

“Certainly, we are not gullible enough to believe that thousands of unaccompanied minor Central American children came to America without the encouragement, aid and assistance of the United States government.”

The recent influx of illegal immigrants highlights how seriously border security has been compromised despite the efforts of state government in Texas. On June 18 Texas Governor Rick Perry, Lt. Gov. David Dewhurst, and House Speaker Joe Straus agreed to give the Texas Department of Public Safety (DPS) an additional $1.3 million per week to stem the tide of illegal immigrants flooding into Texas.

The DPS, however, has not revealed how precisely the additional taxpayer money would be spent.

The state has deployed gunboats, a high-tech DPS helicopter is stationed near the border outside McAllen, and DPS troopers are said to be “combating the cartels and assisting federal and local law enforcement operations,” WFAA in Dallas reported on Friday.

On the Mexican side of the border, however, drug-related violence continues unabated. The unchecked flow of illegal immigrants demonstrates the failure of state and federal government to secure the border and protect the people of Texas.

An Infowars source provided the photo below. It shows the gruesome fate suffered by nine Zetas informers in Nuevo Laredo, a Mexican city on the Rio Grande across from Laredo, Texas.

The compromised border spotlights not only the unchecked passage of illegal immigrants, including thousands of children, but also the unrestrained movement of violent drug dealers and other criminals, including those who deal in human trafficking.