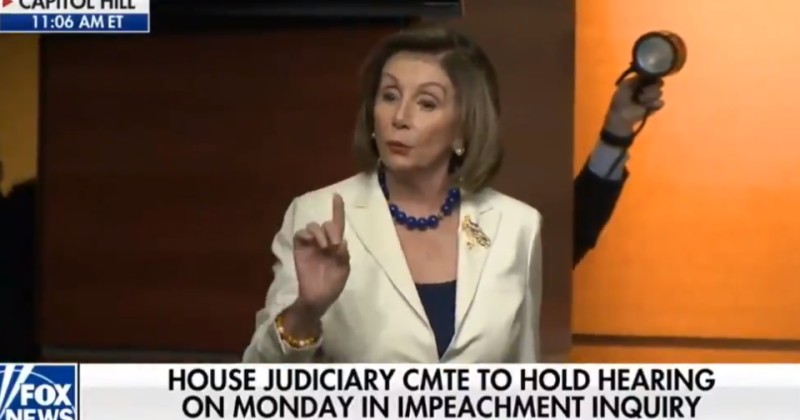 Nancy Pelosi snapped at a reporter who suggested she hated the president, angrily telling him, “Don’t mess with me!”

Pelosi was leaving a press conference on Capitol Hill when the confrontation happened.

She then returned to the podium to call Donald Trump a “coward” not helping child victims of gun violence, dreamers and caring about man-made climate change while also accusing him of violating his oath of office.

“As a Catholic I resent your using the word ‘hate’ in a sentence that addresses me – I don’t hate anyone,” said Pelosi.

“Nancy Pelosi just used her Catholicism to defend impeaching President Trump. Apparently she can’t be bothered to use it to defend preborn children,” remarked Jack Posobiec.