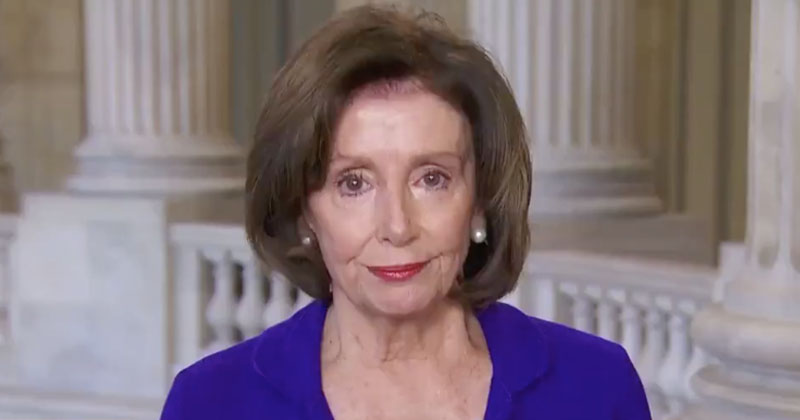 House Speaker Nancy Pelosi attacked President Trump over his response to the coronavirus outbreak in the U.S., calling it “deadly,” and suggesting he could be investigated over it when the pandemic is over.

Appearing on CNN’s “State of the Union” on Sunday, Pelosi said Trump waited too long to take steps to protect Americans from the virus.

.@SpeakerPelosi says the President downplaying the severity of #coronavirus is “deadly.”

“As the President fiddles, people are dying. We just have to take every precaution.” #CNNSOTU pic.twitter.com/y8bFNbaPJy

Pelosi then suggested Trump may be investigated in an “after-action review” to determine when scientists warned him of the outbreak’s severity.

When asked by Tapper if she was saying Trump was responsible for American deaths by coronavirus, Pelosi said simply: “Yes, I am.”

As we reported, Trump took several preemptive actions to mitigate the spread of the virus by shutting down travel to and from China, and then Europe when it became the new virus epicenter. Additionally, he ordered individuals traveling back from infected regions to be quarantined.

In contrast, Democrat leaders like New York City Mayor Bill de Blasio downplayed the severity of the outbreak as late as two weeks ago, encouraging Americans to go about their lives.