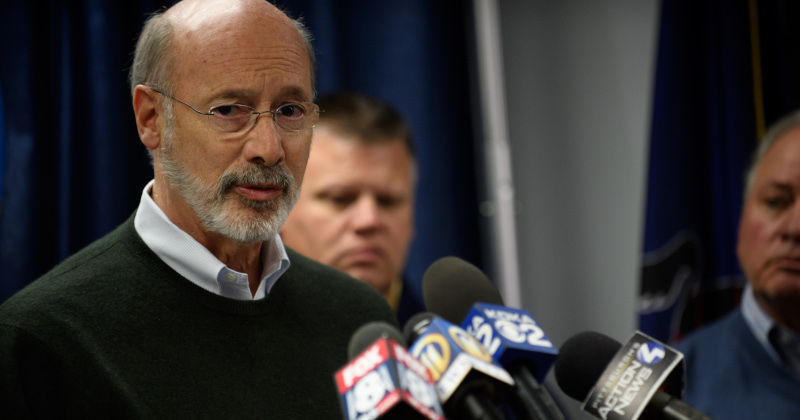 The Pennsylvania senate has passed a measure which would partially reopen the state by lifting the lockdown on most of the state’s businesses imposed by Gov. Tom Wolf (D), according to The Hill.

Passed by the Senate 29-21 on Wednesday, SB 613 would require Wolf’s office to align state policy with federal guidelines in determining which businesses will be allowed to reopen during the COVID-19 pandemic.

Businesses which can safely operate with mitigation strategies in line with the CDC and Cybersecurity and Infrastructure Security Agency’s guidelines would be allowed to operate, according to language in the bill approved by the Republican senate.

The measure was sent to Wolf’s desk for his signature or veto.

He has given no indication what he will do – however earlier this week he joined a coalition of northeastern governors from Delaware, New York, Rhode Island and Connecticut, who are developing a plan to determine when it would be appropriate to reopen, and how it would be done.

“The Pennsylvania GOP has a storied history of passing irresponsible legislation, but even I’m surprised they’ve stooped so low,” said Democratic Legislative Campaign Committee President Jessica Post in a statement.

“Republicans have sent the message loud and clear: they don’t care about Pennsylvania families or the lives that will be lost should this legislation become law. The GOP’s focus should be on saving lives, not saving the stock market.”

Republican state Rep. Mike Jones told WGAL that the process which businesses could follow to apply for waivers was unclear.

“I think the waiver process has been extremely inefficient. We’re concerned it’s been very unfair. The problem is it’s also not been made public,” said Jones, adding, “Those are the big three that virtually every other state in the nation, including many of the surrounding states, continue to operate, and it’s coming at the expense of our state.”