Private firm backed by police to intimidate motorists into submission

A supposedly “voluntary” survey checkpoint run by a private firm in Reading, Pennsylvania on behalf of the White House Office of National Drug Control Policy caused outrage when residents said they were forced off the road into a car park and coerced into giving cheek swabs as a result of an intimidating police presence.

The Pacific Institute for Research and Evaluation was hired by the National Highway Traffic Safety Administration to run the checkpoint, during which motorists were quizzed about their driving habits.

Reading resident Ricardo Nieves said that he had to repeatedly refuse to take part in the survey over a 5 minute period before he was allowed to leave. Nieves noted that the presence of city police and a police car with flashing lights was designed to “intimidate motorists” into submission and “gave the checkpoint an air of authority it would not otherwise have had,” according to the Reading Eagle.

Nieves told the City Council Monday that the company’s hiring of police officers to help run the checkpoint was “a gross abuse of power on many levels” and that the firm running it refused to divulge why they were demanding to take swabs of people’s cheeks, with Nieves asserting, “Clearly it was for DNA.”

City Police Chief William M. Heim later remarked that the cheek swabs were to test for the presence of prescription drugs, dismissing Nieves’ assertion that the police presence was coercive by claiming, “People are not pressured by police presence to do something they don’t want to.”

“Our rights are being violated more and more every day, it’s another way of government intrusion into our lives,” said Councilman Dennis M. Sterner, complaining that local police were unable to pick up local drug dealers after years of investigations, yet were perfectly happy to pull over motorists on a whim.

“A car driver or passenger cannot be required or pressured into providing a DNA sample and, in fact, can’t be stopped at all except on suspicion of a crime or for a properly conducted sobriety checkpoint,” Mary Catherine Roper, senior staff attorney for the ACLU of Pennsylvania, told the newspaper.

However, this hasn’t stopped police across the country running the supposedly “voluntary” checkpoints at the behest of the National Highway Traffic Safety Administration, which in some cases involve the collection of not just saliva but blood too.

Motorists in Fort Worth who were subjected to the same program also complained that the checkpoint did not seem voluntary at all and that police forced them to pull over. It also emerged that even without consent, police were taking “passive alcohol sensor readings” from drivers.

“The NHTSA defended these non-stops by stating everything was “voluntary” and that law enforcement officers were only on hand for “safety” reasons. But the passive alcohol test wasn’t voluntary. And the officers never bothered to point out stopping was voluntary until after the test subjects had actually stopped,” reports TechDirt.

As we reported back in 2010, motorists who refuse to submit to a breath test at DUI checkpoints now face the prospect of police forcibly jabbing a needle in their arm and extracting blood.

Shocking video footage taken at the Gwinnett County jail in Georgia shows police strapping down citizens accused of drunk driving before using a needle to forcibly draw blood as victims scream, “what country is this?” 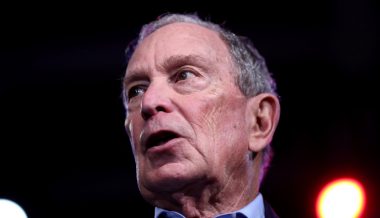