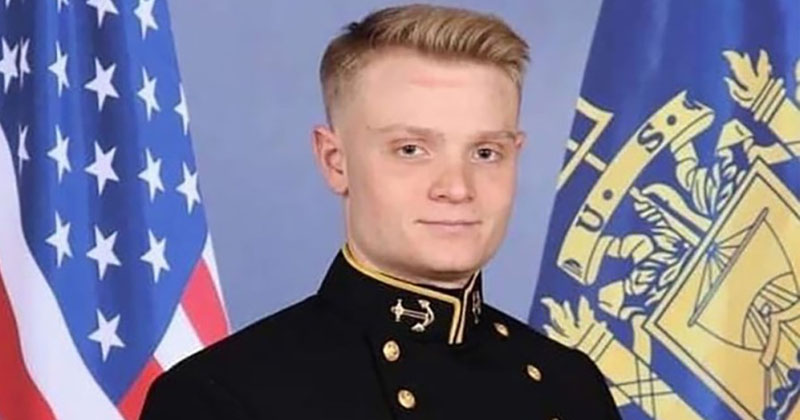 Family members have identified Joshua Kaleb Watson, 23, a recent graduate of the U.S. Naval Academy, as one of the victims of Friday’s shooting at Naval Air Station Pensacola.

“Joshua Kaleb Watson saved countless lives today with his own,” wrote his brother, Adam Watson, late Friday. “After being shot multiple times he made it outside and told the first response team where the shooter was and those details were invaluable.

“He died a hero and we are beyond proud but there is a hole in our hearts that can never be filled.”

When reached on the phone, Benjamin Watson said his son, Kaleb, was the officer on deck at the time of the shooting. His son was shot at least five times, he said.

“Heavily wounded, he made his way out to flag down first responders and gave an accurate description of the shooter,” Benjamin Watson said. “He died serving his country.”

Special Saturday broadcast covering the latest developments in the war against humanity.
Also, get all you need to completely stuff Christmas stockings this year with our Christmas Mega Pack sold AT COST during the 12 Days of Christmas Sale!

Benjamin Watson said his son had dreamed of becoming a Navy pilot and reported to Pensacola for flight training the week of Veterans Day.

A native of Enterprise, Alabama, about 125 miles northeast of Pensacola, Kaleb Watson was a natural leader, a huge Auburn football fan and a person who put others first and strived to bring out the best in them, according to his family.