The hits keep coming in the farce called NFL football.

“We’re all in this together.”

That’s the latest jive coming out of NFL PR headquarters. Somehow, with a few owners stepping down out of their sky-high offices to join hands with their players on the field, and with players holding hands as well, and with this rich imagery piped into homes on network television, America is supposed to feel united.

United around Colin Kaepernick? That seems to be passe now—or at least the NFL wants us to think so. No, now it’s all about oatmeal Obama-type “togetherness”—generalized vapid fluff.

What’s next? A pre-game dance number featuring players and owners and fans and soldiers and cops and commercial sponsors at the 50-yard line, kneeling before a statue of Bono?

Last week, in keeping with the new unity theme, networks decided not to show angry fans booing and yelling in the stands, when players knelt and joined hands during the National Anthem. Mustn’t sow discord. Mustn’t annoy the sponsors.

“Let’s all pretend we’re One.”

Now start the football game, boys. Go out on the field and hit somebody!

Of course, some of the pre-game and halftime “patriotism” you’ve seen at NFL games—patriotism which, presumably, the kneeling players believe is hiding dark truths about America—has been paid for by the US Department of Defense. Yes, that’s right.

So NFL teams have been raking in money for these government “ads.” They’re not genuine patriotism. They’re a series of commercials.

If NFL teams claim they’re proud to honor our soldiers, for example, you could translate the statement thusly: “Honor in this case is very much like Budweiser and Ford sponsorship.”

During a US Senate investigation of Department of Defense paid ads covering 2011-2014, Senators Jeff Flake and John McCain issued the following:

“…DOD paid for patriotic tributes at professional football, baseball, basketball, hockey, and soccer games. These paid tributes included on-field color guard, enlistment and reenlistment ceremonies, performances of the national anthem, full-field flag details, ceremonial first pitches͕ and puck drops. The National Guard paid teams for the ‘opportunity’ to sponsor military appreciation nights and to recognize its birthday. It paid the Buffalo Bills to sponsor its Salute to the Service game. DOD even paid teams for the ‘opportunity’ to perform surprise welcome home promotions for troops returning from deployments and to recognize wounded warriors. While well intentioned, we wonder just how many of these displays included a disclaimer that these events were in fact sponsored by the DOD at taxpayer expense. Even with that disclosure, it is hard to understand how a team accepting taxpayer funds to sponsor a military appreciation game, or to recognize wounded warriors or returning troops, can be construed as anything other than paid patriotism.”

As an aside, I wonder how NFL teams would respond, if a person with deep pockets wanted to pay for a halftime on-field panorama depicting the unnecessary and massively life-destroying wars in Iraq and Afghanistan.

The NFL is all for unity, if you can pay for it and your content passes muster.

This whole business is a twisted mess. “We, the NFL, are happy our teams have taken the Pentagon’s money to stage patriotic commercials on the field. Now, if the players object to any part of that, directly or by implication, we’re sorry. In fact, we stand with the players and we stand for paid patriotism. How? By saying we do. It’s easy. We refer the matter to our PR departments, and they cook up the messages. For this awkward situation, we settled on Unity. That’s always a good one. A significant percentage of the gullible will buy it. We’re all about the money. Whatever works. We hope things will cool off by the weekend. We’ve huddled with the networks, and if all goes well, they won’t show angry fans in the stands. They’ll show smiling fans joining hands to express their solidarity with the players joining hands. Unity. Yes. It’s a simple theme for simpletons.”

Peace be with you.
This article first appeared at NoMoreFakeNews.com. 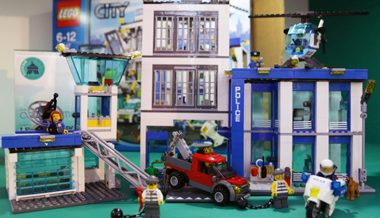