The Pentagon has announced intentions to launch an entire fleet of giant 450-foot-long airships which will act as a massive airborne radar system providing perpetual surveillance of vehicles, planes and people on the ground.

The Pentagon said Thursday that it intends to spend $400 million to develop a giant dirigible that will operate on hydrogen fuel cells and solar panels, floating 65,000 feet above the Earth for 10 years, reports the LA Times.

The airships will be around twenty times larger than the Goodyear Blimp, giving ground operators the capability of monitoring an area hundreds of miles in diameter at a time with surveillance equipment, such as high-resolution cameras, in addition to the football-field-sized radar antenna.

[efoods]Although very large, the airships will be invisible to both the naked eye and ground radar because of their distance from the earth, hovering around 12 miles above the ground.

The craft would also operate beyond the range of any hand-held missile, many surface-to-air missiles and most fighter planes.

The airship, named ISIS (Integrated Sensor Is the Structure), no doubt after the Ancient Egyptian goddess, is being developed under an agreement between the Air Force and DARPA, the Pentagon’s semi-secret research arm.

“When you only have a short-time view — whether it is a few hours or a few days — that is not enough to put the picture together.” Dahm said.

The Pentagon has described the project as a tool to be used over urban battlegrounds abroad. But, like DARPA’S”Combat Zones That See” project, there’s no reason ISIS couldn’t float over major cities such as New York or Chicago without anyone knowing.

A similar program known as WALRUS was effectively killed off by Congress in 2006. However, the ISIS program has been floating around (pun intended) since 2004.

“We will apply this technology to track people emerging from buildings of interest and follow them as they move to new locations,” announced DARPA’s Paul Benda at a conference in March 2004. “Imagine the impact it will have if ISIS tracks the movement of individuals for months. Hidden webs of connections between people and facilities will be revealed.”

In 2006, reports regarding the project resurfaced as DARPA courted defense contractors Raytheon, Lockheed Martin and Northrop Grumman to develop the airships.

The Air Force has signed an agreement with DARPA to develop a demonstration dirigible by 2014. 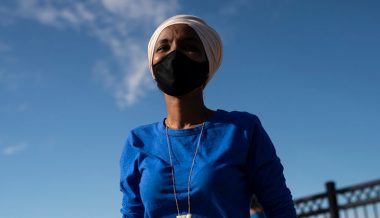