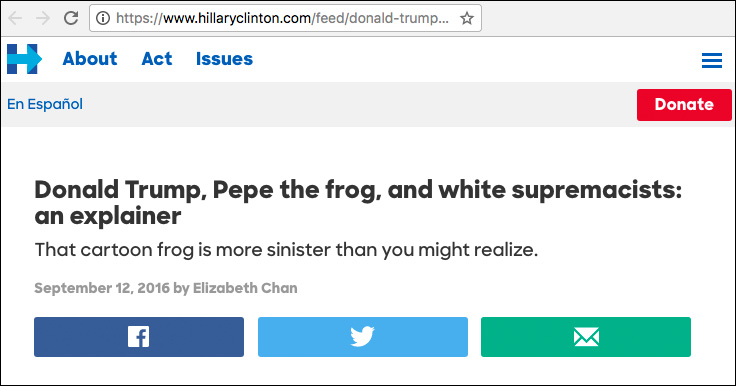 The original artist behind the popular cartoon frog “Pepe” has staged a comic book funeral for his creation in hopes to end the character’s new legacy as a symbol for the “alt-right.”

Since then, the multi-dimensional character has taken on a life of its own and now appears in all manner of Internet memes.

At the height of “meme magic” hysteria, then-candidate Trump dared retweet an image of himself in Pepe form.

Somewhere along the way, however, Pepe fell in with the wrong crowd.

Deviant digital artists began devising memes re-aligning the frog’s mild-mannered persona with that of white supremacists, anti-semites and other hate factions, despite the fact that a majority of Pepe memes used by Trump supporters were perfectly innocent.

As a result, the Anti-defamation League branded Pepe a symbol of hate. Hillary Clinton’s doomed 2016 presidential campaign also took issue with the “racist” cartoon frog (despite also being drawn in Pepe form.)

Furie witnessed Pepe’s sinister transformation to his dismay and set out to take back control of the design.

In a Time Magazine article last October, Furie defended his “chill frog-dude named Pepe,” but knew there was little he could do.

“I understand that it’s out of my control, but in the end, Pepe is whatever you say he is, and I, the creator, say that Pepe is love.”

Furie’s explanation was heartfelt, but it did little to counter the growing influence of the cartoon frog credited with, among other things, playing a small part in the president’s victory.

I am so proud to be one of the Deplorables #Trump2016 pic.twitter.com/IFD1hfC60w

Upset the internet hijacked his beloved illustrated frog, Furie felt it was time to lay Pepe to rest once and for all. 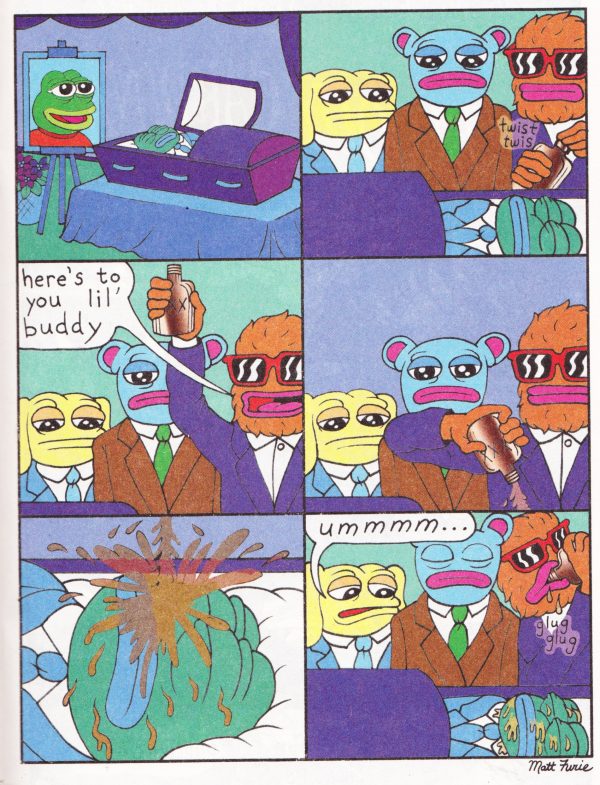 But can a successful meme ever be killed?