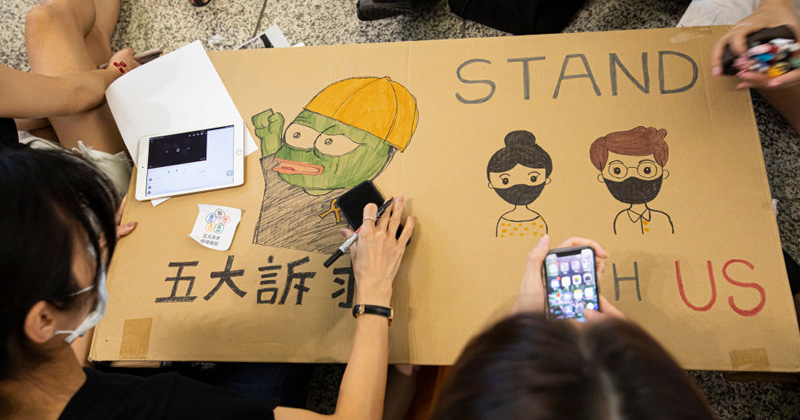 Protesters in Hong Kong have adopted the popular “Pepe the Frog” meme as one of their symbols of resistance amid ongoing demonstrations against a proposed extradition bill.

The frog’s familiar face has appeared on signs in various protests calling out violent police crackdowns against demonstrators.

One meme showing Pepe with an injured eye focused on a police assault which left a first responder blind after being shot with a bean bag round at close range.

I wonder what the SPLC will make of Pepe becoming the international symbol of resistance pic.twitter.com/zCuQfeC0UJ

Demonstrators appear to have sourced their frog selection from a compilation of “fighting Pepe” memes.

Apparently the protestors fighting for democracy in Hong Kong are using #pepe the #NAZI FROG as a mascot. pic.twitter.com/OaTJwVKd2j 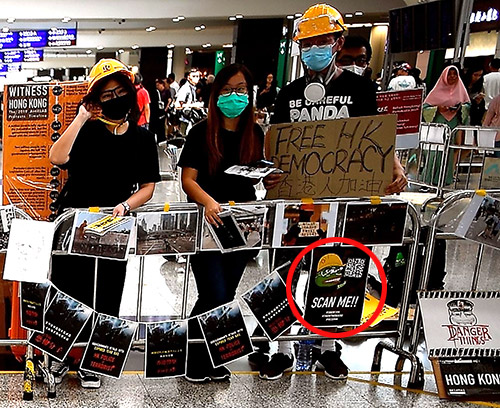 A weeping Pepe also begged police to stop the beatings.

Several protesters have called on the United States and President Donald Trump to intervene, with many flying the American flag and singing the national anthem as other symbols emblematic of resistance. 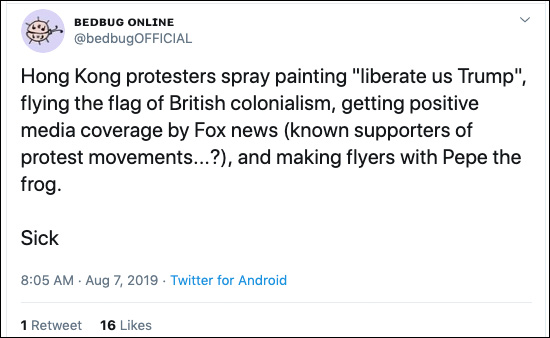 Protestors in Hong Kong are using the American flag and anthem as a symbol of freedom to rally.pic.twitter.com/QNyJdQlG1Q

Protesters fear the extradition bill could lead to Hong Kong residents and political dissidents being extradited to China and Taiwan to face trial under those juridicitions’ laws.

The cartoon frog, derived from the Matt Furie comic Boy’s Club, has been a viral meme on social media since 2008, but was re-adapted in 2015 by supporters of President Donald Trump, after which leftist media outlets began claiming the frog was “racist.”