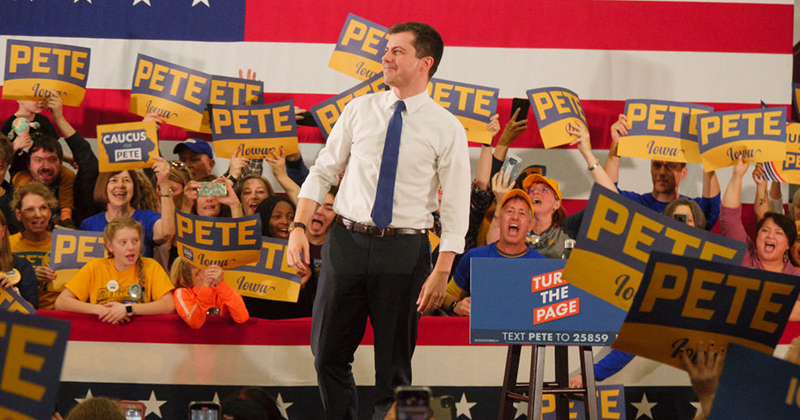 “Tonight, an improbable hope became an undeniable reality,” Pete Buttigieg said after taking the stage at his campaign rally in Des Moines.

The former South Bend mayor spoke just before midnight after all of the other top Democrat candidates had already delivered their speeches.

Supporters shouted “Boot-Edge-Edge” as the former mayor delivered what appeared to be a pre-written speech praising Iowa’s role in the Democrat nomination process, despite the party badly botching the caucus results reporting system.

Bernie throws a party for the booze-geoisie but Bloomberg is plying the DNC with millions in cash like Hillary did. A look at how each of them stack up to Trump

“We don’t know all the results, but we know by the time it’s all said and done, Iowa, you have shocked the nation,” he said. “By all indications, we are going onto New Hampshire victorious.”

Buttigieg claimed momentum in the race, thanking Iowa for choosing a “new path” forward in the Democrat presidential primary.