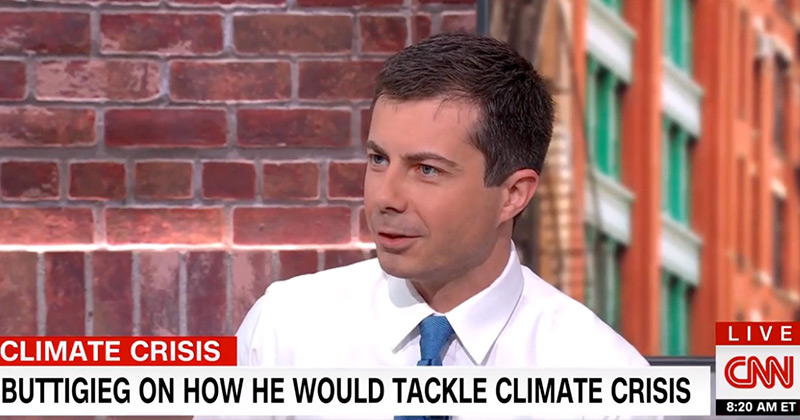 In an interview with CNN’s Alisyn Camerota on Thursday, Democrat presidential candidate Pete Buttigieg criticized Americans who use straws or eat hamburgers, saying they’re “part of the problem.”

In the beginning of the video, Camerota claimed she hasn’t used a plastic straw in six months because she’s “so worried about what’s happening in the ocean.”

She then asked Buttigieg what people can do to not feel so helpless in the face of something so existential.

“It’s not only about all of the things we’ve got to do technologically and with regulation and so on, it’s about summoning the energies of this country to do something unbelievably hard,” he replied.

By saying we’ve got to use regulations to battle climate change, Mayor Pete is admitting he’d use government mandates to go after plastic straw users and meat-eaters.

Continuing, Buttigieg said, “See, right now, we’re in a mode where I think we’re thinking about it mostly through the perspective of guilt. You know, from using a straw, to eating a burger, ‘am I part of the problem?’ and in a certain way, yes, but the most exciting thing is that we can all be part of the solution.”

So, he says Americans are viewing the issue of climate change “through the perspective of guilt,” and then tells people who eat burgers and use straws they’re “a part of the problem” in the next sentence.

This is one more example of Democrat politicians putting Americans through a guilt trip in order to further their political agenda.

Shockingly, they are okay with Mayor De Blasio’s initiative to ban wieners.