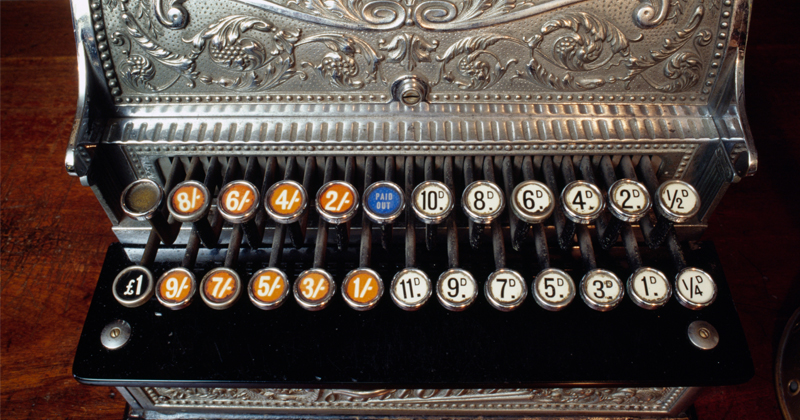 Peter Schiff appeared on RT Boom Bust on Tuesday (Sept. 17) to talk about interest rates, gold and the dollar. Peter said the fiat currency system may not survive the next recession.

The conversation started focusing on the repo operations conducted by the Federal Reserve early in the week, Peter said the financial media and Wall Street are being much too complacent about what’s going on.

“Their instinct is to sweep it under the rug as no big deal, but I think it really is a harbinger of what’s to come.”

Peter noted that the Fed has been artificially suppressing interest rates, particularly since the 2008 financial crisis.

“And by keeping interest rates artificially low, they have created a bubble that’s much bigger than the one that popped in 2008. And what happened this morning is you could see the air coming out of that bubble, because the market is trying to bring interest rates higher because we have no real savings in this country. We have enormous debt. Everybody is levered up to the max — government, the private sector, business, consumers — because rates have been so low, we’ve borrowed so much money. The market wants interest rates to be higher but the Fed doesn’t want that to happen because the road back to normal interest rates is a very bumpy one because it’s going to take us right through another financial crisis. So, the Fed is trying to keep interest rates artificially low and they almost lost control of it this morning.”

In effect, the Fed created about $50 to $70 billion out of thin air to supply the liquidity that the market needed.

Peter said as far as the Federal Reserve goes, we are heading toward a recession, but the cure for what ails us is not cutting interest rates. He said we need to go through the recession and higher rates are part of the cleansing process.

“But the Federal Reserve has no stomach for doing what’s right, so, they will cut interest rates becuase that’s what the addicts on Wall Street demand. So, we’re not going to have a real recovery. We’re just going to try to maintain this bubble.”

Peter reiterated what he’s been saying for months. The Fed will go back to zero. It might even go negative. It will launch another round of QE. But it won’t work this time.

They also discussed what Peter has called a very violent move in the bond market. Peter said the real problem is in the long end of the market where 30-year yields are barely above 2%.

“Who in their right mind would loan the US government money for 30 years — you’re not getting your money back for 30 years — at 2% coupons for the next 30 years, waiting to get repaid?”

Peter touched on recent charges brought against JP Morgan employees relating to the manipulations of the gold price. He said price manipulation isn’t the reason the price of gold is relatively low.

“It’s not much higher because too many people don’t understand what’s going on. You know, they have confidence in the Federal Reserve, other central banks. They believe in this bubble. They are as fooled now as they were going into the 2008 financial crisis. The difference was they were bailed out last time. As wrong as all the experts were on Wall Street and in other countries who couldn’t see an obvious crisis coming, when they were blindsided, their pals at the Federal Reserve and other central banks were able to bail them out. It’s not going to work this time. It doesn’t mean the central banks won’t try. But as I said, it won’t succeed. They’re going to destroy the dollar in the process, maybe even bring down the entire fiat monetary system. And gold is already rising. Gold is telling you on the ashes of this old system we’re going to resurrect the gold standard. Because that’s what we had prior to the dollar taking over. We had a much sounder monetary system then. We had a more viable global economy. Once we took the money out of the economy, once we substituted real money for fiat, that was the beginning of these problems and the end of these problems is going to be returning to honest money, which is gold.”

The Final Revolution To End The Entire Paradigm

Alex Jones breaks down the victory of perseverance in the face of overwhelming oppression.