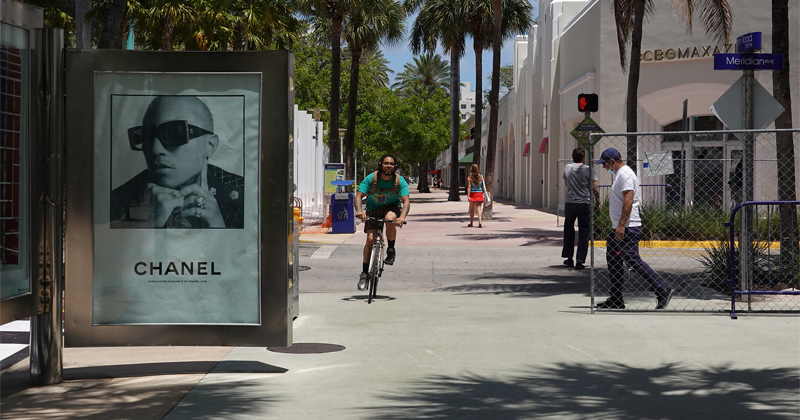 The US Labor Department released its April non-farm payroll report on Friday and it was as bleak as expected. As Peter Schiff put it, it was the weakest jobs report in the history of jobs reports. And even worse, a lot of these jobs are never coming back.

A record 20.5 million Americans lost their jobs last month and the unemployment rate surged to 14.7%. It was the largest and most sudden rise in joblessness since the government started tracking the numbers.

Not only did millions lose their jobs; a lot of Americans dropped out of the job market completely. The labor force participation rate fell to 60.2.

Average hourly earnings soared, but this isn’t a good sign. It certainly doesn’t mean people got raises. It reveals that a lot of lower-income workers lost their jobs.

As bad as the numbers were, they actually weren’t as bad as expected — that is until you read the fine print. The Bureau of Labor Statistics added sort of an asterisk saying that the actual job losses could have been close to 30 million and unemployment could be at 19.5%. Peter said, “Who the hell knows,” but he’s pretty certain the picture is probably worse than the one the official numbers paint.

“The government is even indicating that. Just take these numbers with a grain of salt, because as bad as they are, they’re probably a whole lot worse.”

Peter said a lot of people seem to assume that this is temporary and that the jobs are going to come back. That’s simply not going to happen.

As one example of the uphill road facing the economy, retail stores have been crushed during the pandemic and they are going to have a hard time coming back. In an interview, a department store manager talked about the steps the store would take to protect employees and customers from COVID-19. For one thing, it isn’t going to allow people to try on clothes. But as Peter pointed out, that’s one of the few advantages a brick and mortar store has over online shopping. And as Peter pointed out, we’re going to see these kinds of inconveniences across the retail and service sectors.

“The conditions under which these businesses are going to have to operate are just not very appealing to the customers and the customer has a choice. Most of this stuff is discretionary spending. We have the discretion to do it or not. And you know what? I mean, let’s just not do it. Lots of people are going to be thinking that way.”

A lot of these companies were in for a difficult time without COVID-19. Now they have this added burden. Peter reiterated we’re not going back to normal.

The system itself is working against a recovery in employment. In many cases, the “enhanced” unemployment benefits pay more than working. People are incentivized not to go back to work. Former Treasury Secretary Jack Lew said the enhanced unemployment program needs to stay in place until unemployment falls back to pre-pandemic levels. Peter said that could take a decade or more.

Peter also pointed out something that should be pretty obvious – the economy can’t recover if people don’t go back to work. Handing out government money created out of thin air and hoping people spend it to support the economy doesn’t solve the problem. People can’t consume if they aren’t producing any stuff. There’s nothing to buy.

Of crouse, we can theoretically buy stuff other countries are producing, but at some point, they’re going to stop taking our useless paper.

And there’s no sign that the extraordinary monetary policy that is undermining the dollar will end ever. In fact, the markets are starting to bet on negative interest rates by the end of the year.  Peter digs into the Federal Reserve balance sheet numbers in this podcast as well.