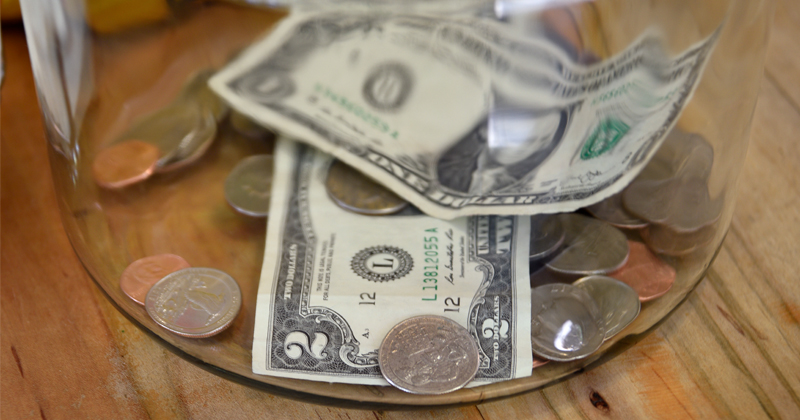 Years ago, markets used to pay a lot of attention to the money supply and trade deficits. Now, these numbers barely get a passing mention. In his latest podcast, Peter Schiff said he thinks what is old will become new again and trade deficits and money printing will once again come front and center.

The dollar has been trending weaker over the last few weeks and bond prices have been falling, with bond yields increasing accordingly. Peter said this reveals the problems that are building in the economy.

Meanwhile, the Federal Reserve is doing everything it can to hold interest rates down. Last month, it started repo operations to inject short-term liquidity into the overnight borrowing markets. Last week, the Fed increased those operations. The New York Fed started offering at least $120 billion in daily operations. That’s up from $75 billion. The amount offered for term repo operations – on Oct. 24 and Oct. 29 was increased to at least $45 billion, from $35 billion. The Fed’s balance sheet increased by another $2 billion, and Peter said he thinks it will show a much bigger increase this week.

He also pointed out that people used to really pay attention to the money supply. Back in the 1970s, that was a number everybody waited for.

“People actually cared about how much money the Fed was creating, until I guess, they created so much, people stopped caring.”

Then in the 1980s, people started fixating on the monthly trade deficit number. In fact, part of the reason for the 1987 stock market crash was the big trade deficit.

And the then numbers they started looking at were the jobs numbers.

“I suppose nobody cared how much money we were printing or how big our trade deficits were as long as we were creating jobs. And of course, eventually, nobody even cared if the jobs were real, if the government made them up, or if they were low-paying or part-time. As long as we could keep printing a number that was somewhere around 200,000, everything was good and the stock market could keep going up, and nobody cared about the money supply and nobody cared about the trade deficits.”

But Peter said everything old is new again.

“And I have a feeling that both the money supply and trade deficits are going to become big factors again and big numbers as this ‘not QE’ that the Fed is now doing gets bigger and bigger and bigger as the Fed is trying to keep the air from coming out of this bubble long enough to reelect Donald Trump … That’s generally what the Federal Reserve always tries to do. They try to kick the can down the road long enough to reelect whoever’s in office.”

Trump came out with another tweet last week bashing the Fed and calling it derelict in its duties for not getting interest rates low enough. Peter said Trump is right about one thing.

“The Fed is derelict in their duties, but for the opposite reason that he cites. Where the Fed has been derelict is in keeping interest rates too low. They’ve been providing too much of this so-called stimulus to the economy. That’s where they’ve been derelict. They have not been the provider of sound money. They have not provided the fiscal discipline that we want an independent central bank to provide. The whole idea of the independence of the central bank is to prevent the central bank from working with the government to expand the size of government and to expand debt. But that’s what they’ve been doing. And that’s what Donald Trump wants the Fed to do.”

The president has run up massive deficits and he wants the Fed to work with him to monetize the debt and delay the pain that would normally come with this kind of fiscal profligacy.

“What you want the Fed to di us not to numb the pain but make sure the pain is felt so that the voters know that there’s pain and so there’s political pressure on the government to act responsibly, to stop borrowing, to cut government spending. But Donald Trump doesn’t want that. He just wants to get reelected. He wants to be Santa Clause and make sure everybody gets what they want, and so he wants the Fed to cooperate.”

Peter said the Fed will continue to work with the president “hand in glove” to continue marching the country on the road to bankruptcy.

In this episode, Peter also runs through some economic data and talks about the Facebook hearings before Congress. Peter said Facebook isn’t the threat – government is.