The King of YouTube, Felix “PewDiePie” Kjellberg announced Thursday he has decided not to donate $50,000 to the YouTube censors at the Anti-Defamation League after learning more about the group.

Felix “PewDiePie” Kjellberg, a popular streamer who boasts the second-largest subscriber count on YouTube, revealed in a video posted Thursday that he would not be going forward with a $50,000 donation to the Anti-Defamation League that he announced earlier this week. Kjellberg received the funds as part of a sponsorship with browser extension Honey.

“When we were planning the collaboration, we thought it would be nice to donate to a charity as a way to celebrate,” Kjellberg said in the video. “I made the mistake of picking a charity that I was advised instead of picking a charity I was personally passionate about. That’s 100 percent my fault.”

“I didn’t know a lot of things that surfaced throughout this whole thing that doesn’t fit at all. These are things I would have known myself if I just would have taken my time,” Kjellberg continued. “It doesn’t feel genuine for me to proceed with the donation at this point and I instead want to take my time, keep the intent that I had and do it with the right charity.”

“ADL learned about the potential donation from Felix Kjellberg when everyone else did: when he made the announcement on his channel earlier this week. We have not received any communication from him beyond his public posts,” an ADL representative told The Hollywood Reporter.

Alex Jones breaks down the state of free speech on the internet.

“I saw it as an opportunity to put an end to these alt-right claims that had been thrown against me,” Kjellberg said in Thursday’s video of the decision to donate to ADL.

PewDiePie became the top trending topic on Twitter with their admins putting front and center the lie that he was wearing an “Iron Cross,” even though it was in fact a Bolnisi cross from Georgian fashion designer Demna Gvasalia.

Lying journos had to retract their smears as a result.

Got this wrong myself, #Pewdiepie is NOT wearing a Iron Cross, he is for some reason wearing a Georgian Bolnisi cross. The shirt is by the Georgian designer Demna Gvasalia. Why he decided to wear this in a video talking about retracting a donation to the ADL is your own guess. pic.twitter.com/QSDvDrn1oI

Matt Rivitz’s organized boycotting group Sleeping Giants appeared to threaten Honey with a statement pressuring them to “hand” their money “straight to the ADL now.”

.@honey should probably pull their pledge to PewDiePie and hand it straight to the @ADL now.

That sure reads to me as Rivitz essentially saying: “Hand your money over straight to the ADL or we’re going to organize a boycott against you.”

Is that not extortion?

i wrote about PewDiePie backtracking on his ADL donation because a guy with 101 million youtube subscribers was afraid he'd lose some of his most antisemitic fans (even though he didn't) https://t.co/DP8Z24k0cl

A bunch of other propaganda outlets also piled on.

YouTube star PewDiePie pledged to donate to an anti-hate group following criticism for peddling anti-Semitic content – then decided to pull his donation after backlash from his fans. […]

His page was endorsed by neo-Nazi website The Daily Stormer, who for a time referred to themselves as “The world’s #1 PewDiePie fansite.”

[…] Additionally, Kjellberg’s name was dropped by white supremacist Brenton Tarrant, who murdered 49 worshippers at a mosque in Christchurch, New Zealand.

From The Guardian, “YouTuber PewDiePie scraps $50,000 pledge to anti-hate group after fan backlash”:

The popular YouTuber Felix “PewDiePie” Kjellberg has withdrawn a $50,000 pledge to an anti-hate group, which he had dedicated as a means of atoning for past accusations of racism and antisemitism, after backlash from his fans.

[…] He has also been embraced by far-right extremists, including the Christchurch shooter, a gunman in New Zealand who killed 51 people in a mosque while livestreaming and calling on viewers to “subscribe to PewDiePie”.

[…] The donation dedicated to the ADL was seen as his latest effort to distance himself from far-right hate speech, but his fans were not happy.

“All that this particular incident shows is that at least some of his followers have antisemitic leanings and they were loud enough to get him to change course on what seemed like a PR opportunity to smooth over some of his incidents from the past,” said Matt Rivitz, of the social media activism organization Sleeping Giants.

The controversies surrounding Kjellberg underscore problems YouTube faces with extremism on the platform, Rivitz said. The company came under fire in June for failing to remove the vlogger Steven Crowder from the platform after years of anti-gay abuse directed at the video journalist Carlos Maza. Meanwhile, a group of LGBTQ YouTubers are suing YouTube’s parent company for allegedly censoring their content and incentivizing volatile behavior.

“YouTube has an extremism problem regardless of this particular incident,” Rivitz said. “They have proven time and time again that they care more about engagement and ad rates than responsibility, which is why advertisers have such difficulty with them.”

You get the picture.

I don’t know whether this was all 4D chess or what, but PewDiePie effectively exposed the ADL as being behind much of the censorship on YouTube to millions of his followers and didn’t have to give them a dime.

With the power of the SPLC waning after it was exposed as a money making scam, the ADLhas become the go-to smear merchants for the media to label folks as “haters.”

Though the ADL already seems to have been pushing to have PewDiePie deplatformed, you can bet they’re going to go even harder against him after this. When YouTube moves to censor him as they’ve censored so many others, everyone is now going to know who is behind it. 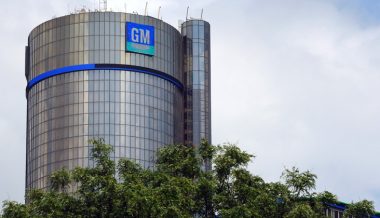