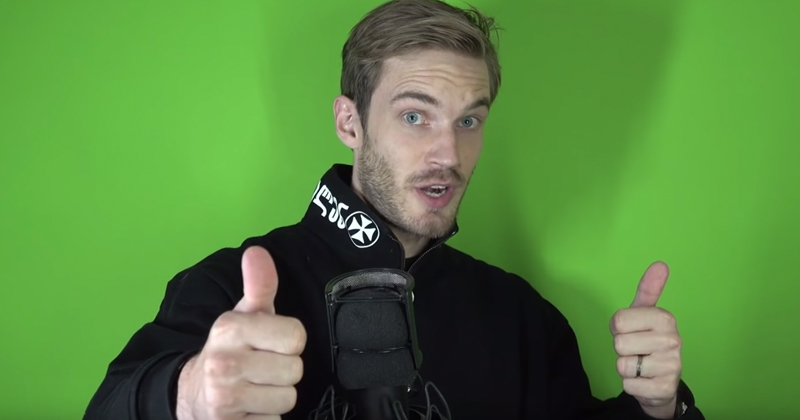 Famed YouTuber PewDiePie announced he will not be making a $50,000 donation to the Anti-Defamation League after his proposal to do so sparked major backlash.

In a video Thursday, Felix Kjellberg said he probably should have gone with a charity he’d done research on rather than selecting one advised to him.

Pewds says viewers were keen to notice he didn’t seem too enthusiastic about his donation choice, which some labeled “blackmail” as the ADL has been one of the leading groups advocating for his censorship.

“So when I uploaded the video talking about the charity, it was very brief and people could tell something was off. The whole internet just didn’t believe it… and it was very interesting to watch that unfold.” [laughs]

Kjellberg confesses he thought the donation could help offset some of the negative criticism from media outlets calling him “alt-right.”

“To be fair I saw it as an opportunity to put an end to these alt-right claims that have been thrown against me. It wasn’t to clear my name or save grace – if it was I would’ve done it years ago. But after the Christchurch tragedy I felt a responsibility to do something about it because it’s no longer just about me, it affected other people in a way. And I’m not okay with that. I’ve struggled to figure out how to do that, but this is not the right way to go about it.”

Moments before the New Zealand Christchurch attack on two mosques, which left 51 dead, the gunman who uploaded video of the shooting to social media said the words “Subscribe to PewDiePie,” which was a major campaign by the YouTube gamer aiming to be the most subscribed channel on the platform.

PewDiePie says after doing his research, the ADL was probably not the right charity to go with.

“I knew it wasn’t perfect, but I also didn’t know a lot of things that surfaced throughout this thing about the charity that doesn’t fit at all. So I understand why people had concerns about it. And these are things I would’ve known myself if I had only taken my time.

“It really doesn’t feel genuine for me to proceed with the donation at this point, and I instead I actually do want to take my time, keep the intent that I had, but just doing it with the right charity and doing it properly.

“I’m sorry for all the confusion, and I’m sorry for messing this up — that’s what I do.” [laughs, smiles, gives two thumbs up]

Kjellberg’s move to take back his donation followed a now-deleted statement he released yesterday in which he doubled down on his decision.

Fans were stunned at the YouTuber’s announcement of an ADL donation earlier this week after the organization’s CEO personally lobbied for Disney to stop sponsoring his content, calling him a Nazi sympathizer and anti-Semitic.

Thank you, @Disney, for severing ties with #PewDiePie. pic.twitter.com/XE2s8uFKu3