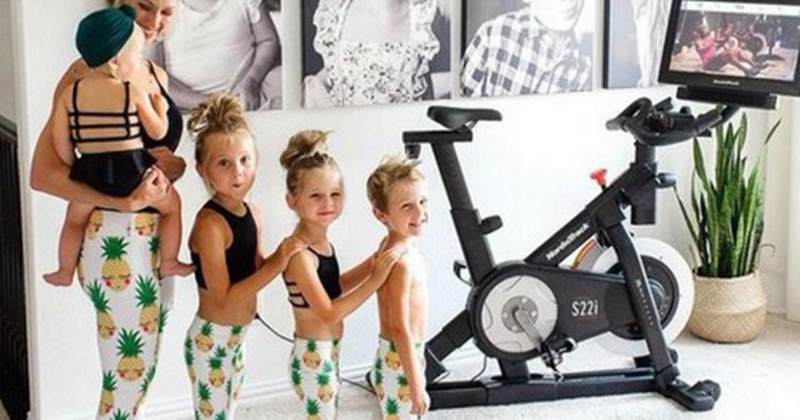 A photo of a mother and her four young children, all wearing matching pineapple-patterned pants, seems to have had quite a negative effect on the mental state of anti-Western leftists, who have pounced on the photo, claiming that its “darkness” leaves much to “unpack.”

“Really dark in such a layered way I can’t fully wrap my head around,” said Twitter user @lifecreep, who posted the photo.

Although she doesn’t specify where the photograph originated, one can assume that @lifecreep was busy doing exactly what her Twitter handle suggests – creeping – when she discovered it. Some users have suggested that @lifecreep stumbled upon it while surfing the web for images of what she deeply desires but doesn’t have – a beautiful family.

Take a peak behind the curtain as Owen reveals the real agenda of the globalists during the coronavirus Pandemic.

Others dug up some of @lifecreep’s old tweets, in which she refers to her cat as her “son,” and ironically, suggests that she, her boyfriend, and her cat should all wear matching pajamas.

Among the more than 3,000 responses to the Tweet were a number of anti-white, anti-Christian attacks on the family.

Some even responded with graphic sexual remarks, directed at not just the mother, but her children – who all appear to be under the age of 10.

Perhaps Obianuju Ekeocha, a pro-family advocate from Africa, summed up the post best when she asked respondents if their reaction would be the same if the photograph depicted a “beautiful black woman with gorgeous healthy-looking children.”

As many pointed out, the answer is most likely no.