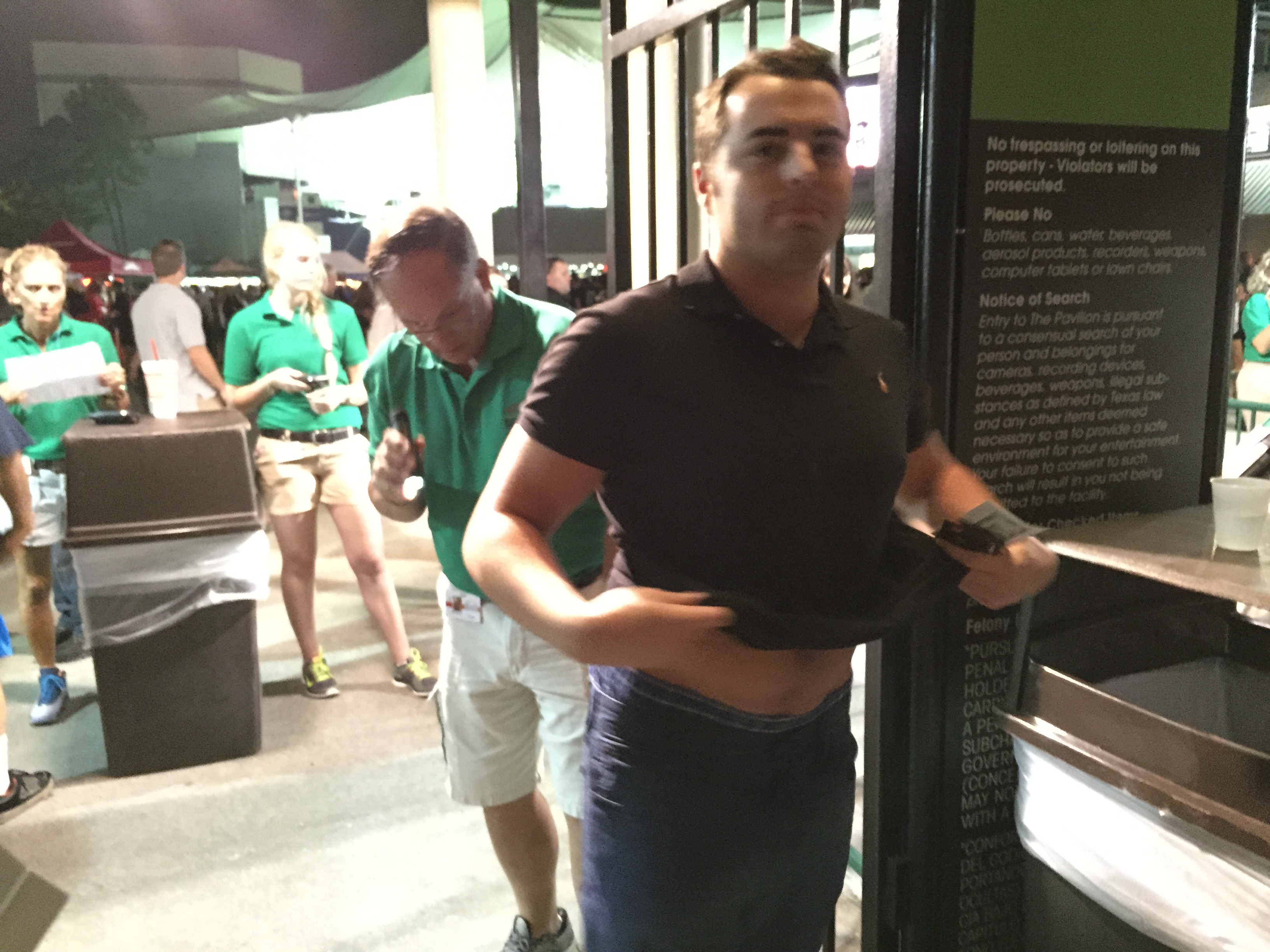 In a nation fully immersed in its growing police state presence, even venturing to see a local show now subjects you to unnecessary and dehumanizing search and seizure that was once “reserved” to help “fight the war on terror.”

Even at the lowest levels within the bureaucracy-based establishment system, we are all systematically targeted as terrorists — and the reach is growing further.

I was amazed this past week to witness one of the largest concert venues in Texas, which sits just outside of Houston, completely change their security policies to virtually mimic that of the TSA’s. In less than a year, this venue went from the typical ‘glance and go’ security that was once standard at many establishments to a full protocol that includes the removal of shoes, emptying of pockets, lifting (and sometimes removing) shirts, and even a flashlight search inside of your pants.

Upon arriving at the “security checkpoint,” I was ordered to wait for the next “agent” in line to conduct his search. After being told to empty my pockets and show them the bottoms of my pocket linings, the “agent” instructed me to lift up my shirt and allow him to use his flashlight to search down my pants. Due to my cooperation with the highly necessary procedure that I am entirely sure leads to the detainment of numerous ISIS operatives (as they meanwhile can openly cross the border with zero response from the United States), I was allowed to keep my shoes on.

Perhaps the most concerning conclusion reached from my invasive search, however, is the realization that these concert venue searches are actually much more invasive and thorough than our international searches conducted on potential Ebola victims traveling inside the United States.

In fact, they are virtually nonexistent. 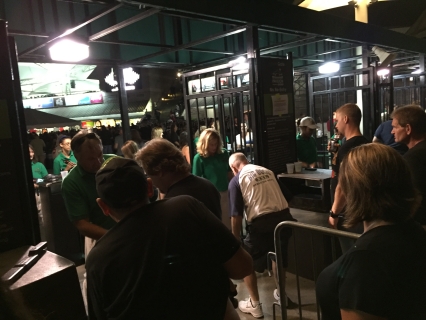 As one of these “agents” was using his flashlight to examine down my pants, it became highly apparent that a large majority of the public quite simply realizes that the new police state doctrine of the US is built on a foundation of sand. As US citizens are harassed at their favorite sporting event for attempting to carry in a can of high fructose corn syrup soda by private “agents” under the leadership of local police, real threats are completely scoffed at.

Thousands of potential Ebola victims are entering the US without any significant precautions. The border is so open and lacking patrol that individuals dressed as both Osama Bin Laden and an ISIS operative both managed to cross through it.

We, however, are the ones being treated as the real terrorists.