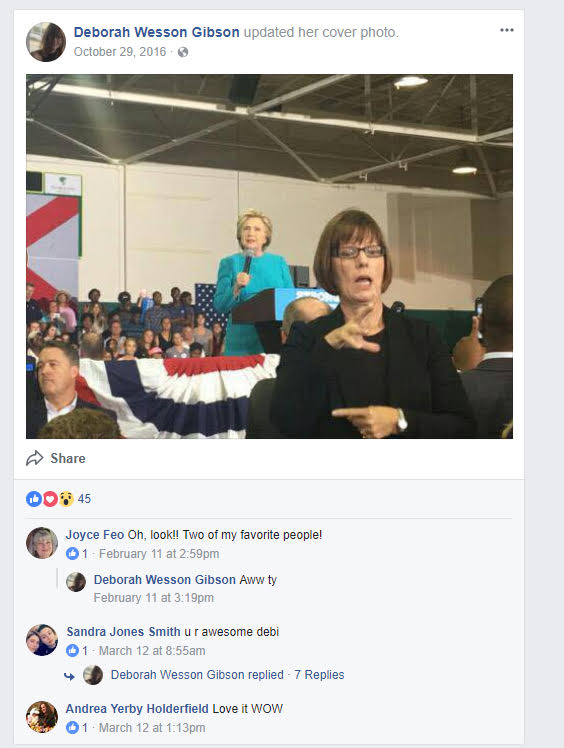 One of senatorial candidate Roy Moore’s accusers is apparently a fervent Democrat who has worked for the DNC as a sign language interpreter for Hillary Clinton and Joe Biden, a revelation which the Washington Post never included in its original report. 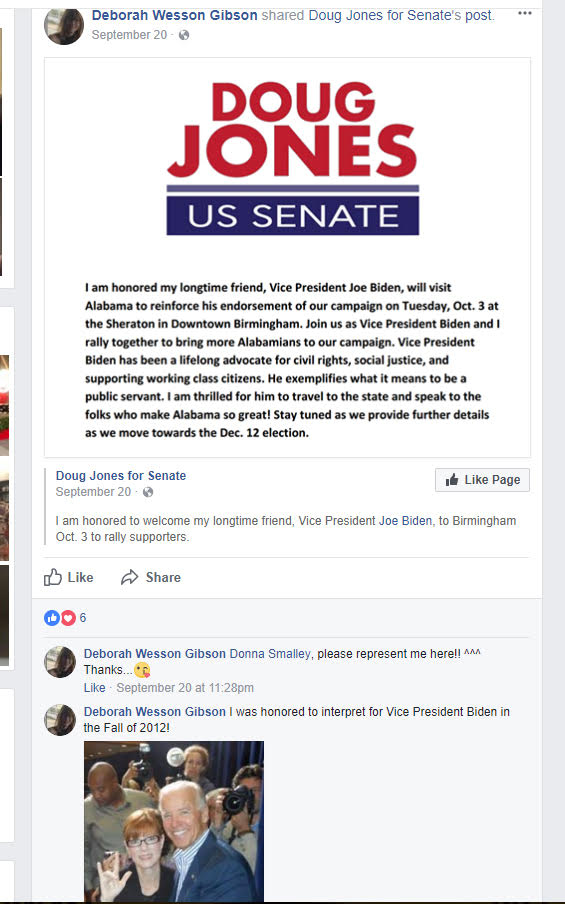 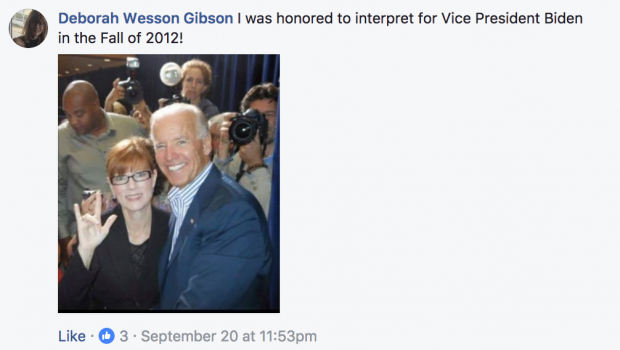 Interestingly, when attacking Moore ally Steve Bannon for suggesting the Washington Post was politically motivated in its reporting, the newspaper implied that Gibson wasn’t “down with Democratic propaganda,” a statement which seemingly conflicts with Gibson’s political activism:

Now go back and look at the photos again.

“According to campaign reports, none of the women has donated to or worked for Moore’s Democratic opponent, Doug Jones, or his rivals in the Republican primary…”

But notice the precise wording; it’s lawyer-speak. It might very well be true that Gibson didn’t donate or work for Doug Jones, but according to her Facebook profile, she did actively campaign for him, which doesn’t help her credibility and it should have been reported – yet the Washington Post conveniently left it out.

And remember, the Post did endorse Jones on Oct. 23.

If the Washington Post was as objective as it claims to be, you’d wouldn’t have to come to Infowars.com to find the rest of the story to make up your own mind as to whether the accusations carry weight.

And as Infowars reported earlier, there’s a claim spreading on social media that a reporter was taped while reportedly offering a woman $1000 to accuse Senate candidate Roy Moore of sexual improprieties.