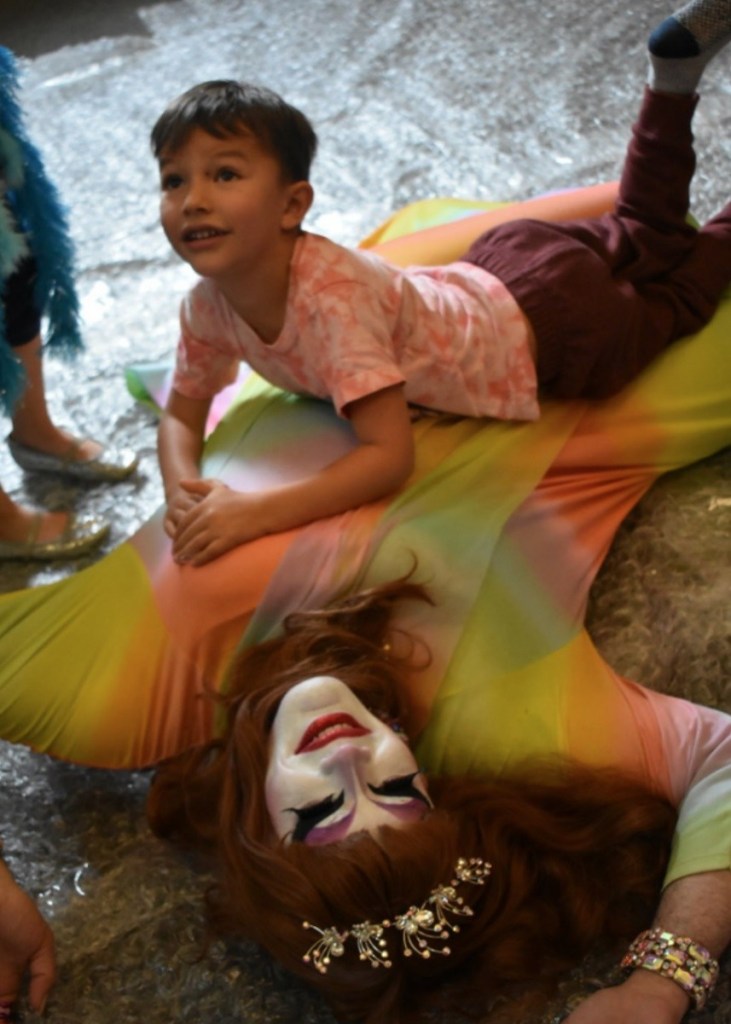 Photos out of Portland, Oregon show young children lying on top of a drag queen during a ‘Drag Queen Story Time’ event.

The images show kids aged 5 and under frolicking on top of drag queen Carla Rossi during an event at St. John’s Library.

The photos were posted by the Multnomah County Library’s Flickr account but were swiftly removed once Life Site News drew attention to them.

“Portland’s premier drag clown Carla Rossi (with intellectual support from her human avatar Anthony Hudson) attempts to chart the vast abyss of drag and its potential, addressing how drag’s many varieties, flavors, and houses correspond to the unchartable spectrum of genders and sexuality – with supporting looks at its legendary elders, artists, and ancestors, from Two-Spirits (and other-gender shamans of the pre-settler North American continent) and the Sisters of Perpetual Indulgence to Marsha P. Johnson, Leigh Bowery, Elvira, RuPaul, and Christeene,” Multnomah County states on its website about a similar upcoming event.

One of the participants at a Drag Queen Story Time event in Houston, 32-year-old Albert Garza, later turned out to be a registered sex offender who was convicted of assaulting an 8-year-old boy in 2008.

As Alicia Powe points out, over the last five years, the number of children being referred to clinics for gender re-assignment treatment in the UK has quadrupled, clearly suggesting that parental obsession with identity politics is being imposed on kids.

“Experts have warned that the huge spike is, in part, due to the promotion of transgender issues in schools which they say has encouraged [children] to question their identity, and “sowed confusion” in their minds,” The Telegraph reported.