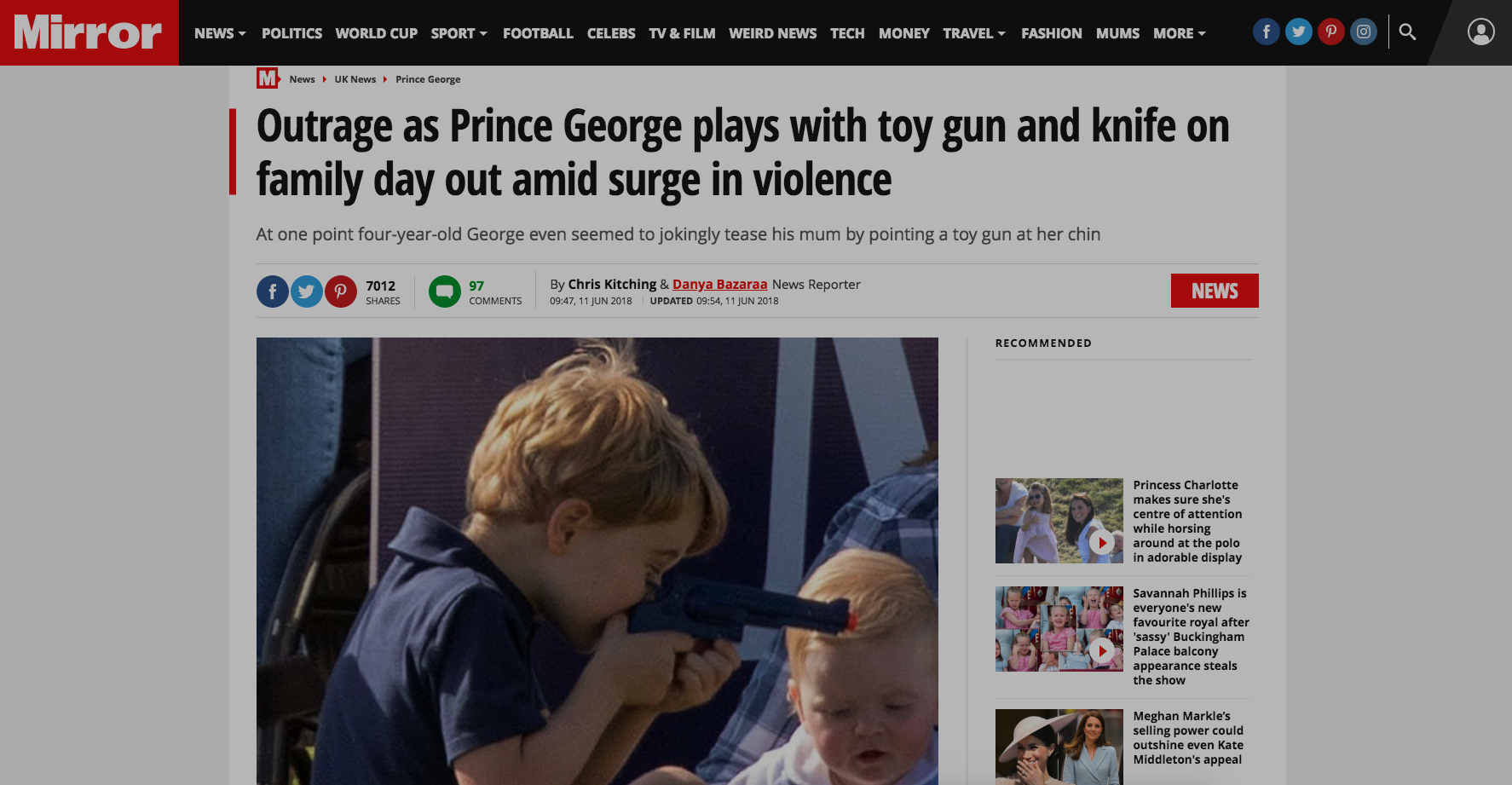 The pictures were taken during the Maserati Royal Charity Polo Trophy at Beaufort Polo Club, in Gloucestershire where the future King of England’s father played in the match.

Mainstream media outlets and Twitter users were quick to blast the prince’s mother, Kate Middleton, and his father, Prince William, for allowing George to play with the toy.

Prince George has been photographed playing with a toy gun and people aren’t happy https://t.co/po79DjeUQn pic.twitter.com/GqADEns7t5

The Daily Mirror ran a headline saying, “Outrage as Prince George plays with toy gun and knife on family day out amid surge in violence.” 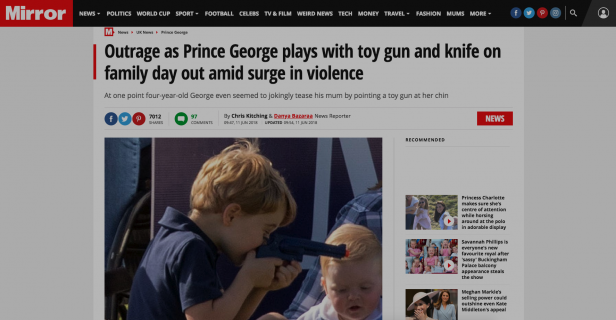 The twitter user below said the toy, with a bright orange cap on the end of the barrel, looked too realistic.

This isn’t okay anymore… My American side here, biased maybe b/c of everyday #gunviolence in USA,but my British side agrees. No child in this day and age should look at any gun as a fun toy. This looks far too real. .(And I LOVE Prince George, don’t get me wrong!) @teamtrace pic.twitter.com/UEqtFi5WTH

Here’s why the sight of #PrinceGeorge playing with a toy gun is triggering for some of us. Black mothers in the US have to teach their sons not to play with anything (a toy gun, a cell phone, etc.) a policeman could claim looked like a real gun. Their lives depend on it.

Not everyone was offended by the child’s toy selection, as many Twitter users came to the royal family’s defense.

Prince George sitting out in the sun playing with toy guns and water pistols like every other normal child in the world is not the problem, it’s the freaks who actually think it’s newsworthy enough to pass comment and who are dying to be offended by it who are the problem.