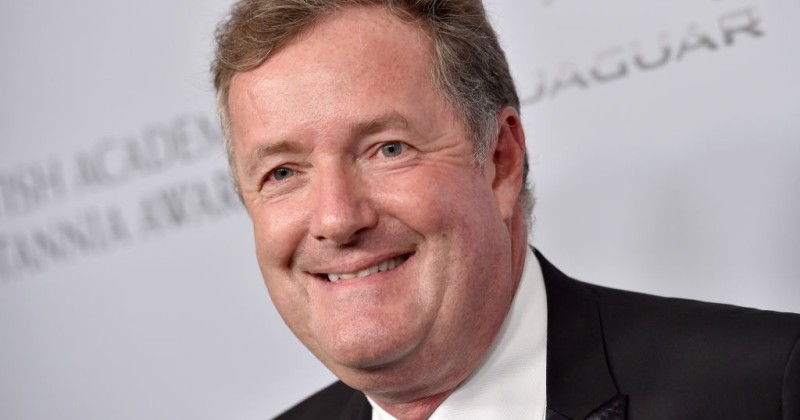 Arch lockdown advocate Piers Morgan responded to criticism over how he praised his own son for attending a Black Lives Matter protest by claiming “supermarkets are mass gatherings.”

“Proud of my son for attending the #BlackLivesMatter protest which he found profoundly inspiring,” tweeted the TV host. “He told me he maintained social distancing as best he could in the large crowd. Not easy given many others weren’t, but I’m glad he tried.”

Proud of my son for attending the #BlackLivesMatter protest which he found profoundly inspiring.
He told me he maintained social distancing as best he could in the large crowd. Not easy given many others weren't, but I'm glad he tried. https://t.co/rdaIDaP9br

Morgan has for the last 2 months been hyperventilating over the government ending the COVID-19 lockdown too soon and berating anyone suspected of violating “social distancing”.

Proud of your son breaking the law to meet up with thousands of people more than the maximum of 6 allowed? https://t.co/k80spyg3nV

When journalist Julia Hartley-Brewer asked Morgan, “Proud of your son breaking the law to meet up with thousands of people more than the maximum of 6 allowed?” Morgan’s response was comical.

What law did he break, Julia? Supermarkets are ‘mass gatherings’ – have you been to one lately? He wore a mask & gloves, met up with under 6 friends, & tried hard to socially distance – because he wanted to protest against racial injustice. So yes, damn right I’m proud of him. https://t.co/pIa2O2fUvb

“What law did he break, Julia? Supermarkets are ‘mass gatherings’ – have you been to one lately?” tweeted Morgan.

Around 15,000 people attended the BLM protest in London on Wednesday.

Supermarkets have strict ‘social distancing’ policies that limit the number of people allowed in the store at any one time.

Supermarkets are clearly not “mass gatherings,” Piers Morgan is a rank hypocrite.

He’s spent the last 2 months lecturing everyone else about social distancing, complaining when people visit the beach or gather in parks, only to turn around and celebrate his own son doing precisely the same.

But it gets worse.

Just the day before Morgan lauded his son’s involvement in the BLM protest, he chastised a Labour MP for the exact same thing.

When Barry Gardiner announced on Twitter that he had “broke” social distancing to attend the demonstration, Morgan asserted that Gardiner was behaving in a “reckless and irresponsible” manner.

Respondents on the TV host’s Twitter thread savaged his hypocrisy.

“If this was someone else’s son, you’d have tweeted at least 70 times about it by now, and probably accused them of killing people,” said one.

“Unbelievable Piers. All your hard work during this time has been a total waste of time. Defending your son after going to a mass gathering, I remember you getting angry about people at the beach social distancing. Alan Sugar was right about you,” added another.

“So Barry was reckless and irresponsible but your son wasn’t?” asked another.