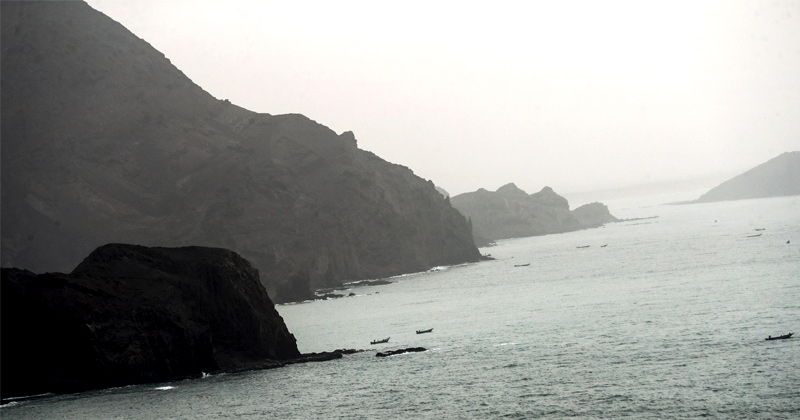 For years, the area around the Red Sea, the Bab al-Mandab strait and the Gulf of Aden was the preferred venue for maritime pirates – mostly of Somali and Yemeni origin – who had become the scourge of Suez-crossing tankers headed to and from the Persian Gulf, at least until a coordinated military response by US and regional navies successfully eradicated much of the local piracy threat.

But as piracy off Africa’s east (and occasionally west) coast faded, a nest of pirates appears to have re-emerged in the highly trafficked Singapore Strait in the South China Sea.

It was there that pirates stormed and raided a South Korean-flagged cargo ship early on Monday, “stealing thousands of dollars in cash and even the sailors’ shoes” according to Reuters citing South Korean authorities.

Two people sustained minor injuries when seven pirates – who were armed with guns and knives – boarded the bulk carrier CK Bluebell and made off with $13,000 and belongings including mobile phones, clothes and shoes from the crew of 22, officials from the oceans and fisheries ministry said.

Korean officials said the ship was sailing normally after the robbery.

“Seven pirates, including one carrying a gun and two armed with knives, got on board and assaulted the sailors for about 30 minutes,” an official at the Ministry of Maritime Affairs and Fisheries told the Yonhap news agency.

While the incident took place near the Singapore Strait, a busy sea lane that runs past Indonesia, Malaysia and Singapore, Singapore’s Maritime and Port Authority (MPA) said the incident did not take place in city-state’s waters.

“The MPA was informed by the Korea Coast Guard that it took place in the South China Sea near Anambas Islands,” a spokesman said.

The pirate attack takes place after China’s Ministry of Transport raised its security recommendation for Chinese vessels in the nearby Malacca Strait, between the Malay peninsula and the Indonesian island of Sumatra earlier this month.

A Chinese official declined to specify the reason for the new security level, saying only that the decision was the result of comprehensive research taking into account all factors.

While tougher policing on the route has made piracy less frequent on the strategic shipping route in recent years – similar to the decline in piracy off Africa’s coastline – piracy has seen an increase on the world’s seas, with the International Chamber of Commerce recording 201 incidents of maritime piracy and armed robbery in 2018, up from 180 in 2017.

The South China Sea is home to vital shipping lanes, but in recent years has also become a flashpoint for tensions between China and several regional nations which have overlapping claims over islands and reefs.