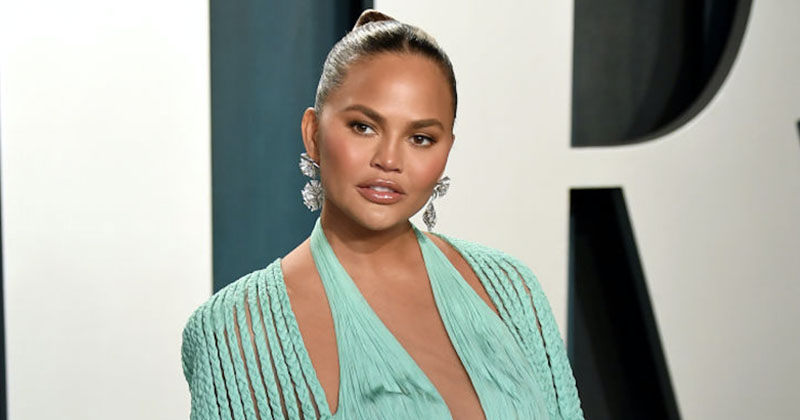 Liberal model Chrissy Teigen hurriedly deleted 60,000 tweets and blocked over a million people from Twitter after being accused of having ties to deceased billionaire pedophile Jeffrey Epstein.

Teigen railed against Twitter trolls on Tuesday for hounding her with accusations that she and her husband, singer John Legend, flew on Epstein’s infamous “Lolita Express” to his private Caribbean island.

“I have block chained over one million people, ONE MILLION people today and I am still flooded with sick psychopaths. So please, spare me the ‘just ignore them, they’re just trolls,'” she tweeted.

Anyhow I’ll do my best to stop entertaining them. They have definitely been living for this and have zeroed in on ONLY me. Thank u to EVERYONE for helping me, in and out of the dm’s. People I’ve never met have been so, so kind and huge thank you to @yashar especially

“Anyhow I’ll do my best to stop entertaining them. They have definitely been living for this and have zeroed in on ONLY me.”

Many users on social media noted disturbing overtones in some of Teigen’s now-deleted tweets, with many inappropriate references to the show Toddlers & Tiaras, as well prolific remarks about pizza and odd statements regarding pedophiles.

In one 2011 tweet, Teigen said: “Seeing little girls do the splits half naked is just…i want to put myself in jail. #toddlersaindtiaras.”

She deleted some disturbing tweets. Who even thinks like that? 🤢 pic.twitter.com/xUDIHeTNyq

In another tweet, Teigen said she was “about to anthony weiner this kid,” a reference to the convicted pedophile and husband to Clinton aide Huma Abedin.

Then what is that about?? pic.twitter.com/91uwUpiUgr

“A belly and a shirt with a small sexy toddler on it saying #1 duhhh. RT @chadcramer what does a guy wear to a toddlers and tiaras party?” Teigen had tweeted in 2012.

In another 2012 tweet, Teigen jokes about sex with 13-year-old girls being the “best pleasure.”

Actor James Woods suggested with a Shakespeare quote that Teigen’s heavy-handed blocking of 1 million+ users was too excessive for her remarks to be believed about not being involved with Epstein.

But why delete seemingly innocuous tweets about pizza?

In 2016, the PizzaGate conspiracy erupted after bizarre photos with children and satanic imagery posted by DC pizza joint Comet Ping Pong received widespread criticism and backlash after being mentioned in a trove of John Podesta’s emails leaked by WikiLeaks.

Comet Ping Pong has since deleted those instagram posts.

This comes as Epstein madame Ghislaine Maxwell was denied bail on Tuesday by a New York federal judge, where she will now await her July 2021 trial from jail for her alleged role in child sex trafficking.

Ghislaine Maxwell reportedly has secret sex tapes in her possession that would expose powerful Epstein acquaintances, giving her clout in any potential plea deal while also acting as a form of protection against being ‘suicided’.