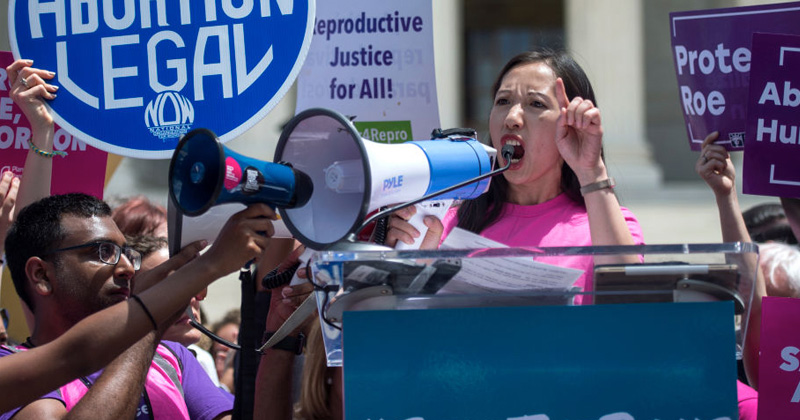 Planned Parenthood on Tuesday abruptly announced the termination of their new president, Leana Wen, following a tenure of only 8 months.

According to Wen, the decision was made at a secret board meeting.

“I just learned that the @PPFA Board ended my employment at a secret meeting,” Wen said in a tweet Monday. “We were engaged in good faith negotiations about my departure based on philosophical differences over the direction and future of Planned Parenthood.”

I just learned that the @PPFA Board ended my employment at a secret meeting. We were engaged in good faith negotiations about my departure based on philosophical differences over the direction and future of Planned Parenthood. My statement to come shortly.

“I believe that the best way to protect abortion care is to be clear that it is not a political issue but a health care one,” Wen later wrote in a statement.

To all my colleagues at Planned Parenthood, the tens of thousands of dedicated people who are on the frontlines every day, providing life-saving, life-transforming care and fighting to protect access to that care: you are my heroes. Thank you for what you do. pic.twitter.com/6N4RMiTQAG

Two sources told BuzzFeed News that Wen also refused to use “trans-inclusive” language, for example saying “people” instead of “women” and telling staff that she believed talking about transgender issues would “isolate people in the Midwest.” For a period of a few months, Wen sometimes went through Planned Parenthood’s press releases and documents, deleting the word “sexual” from the phrase “sexual and reproductive health,” the source said. She also resisted using the word “abortion” as a stand-alone term, preferring “abortion care” or other phrases entirely.

Wen has been replaced by Alexis McGillJohnson as acting president.