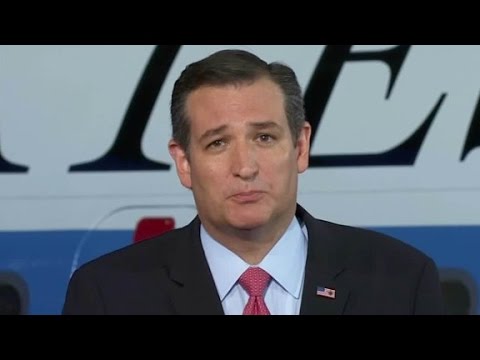 Planned Parenthood attempted to fend off criticisms made on the GOP debate stage earlier this week, issuing a letter to abortion opponent Carly Fiorina denying that undercover videos show babies fighting for life, which they in fact do.

Ohio Governor John Kasich steered the discussion toward Democrat Hillary Clinton, claiming she “believes in the systematic murder of children in the womb to preserve their body parts… in a way that maximizes their value for sale for profit.”

But it was Fiorina’s response that earned her a letter from Planned Parenthood.

“As regards to Planned Parenthood, anyone who has watched this videotape, I dare Hillary Clinton, Barack Obama to watch these tapes. Watch a fully formed fetus on the table, its heart beating, its legs kicking while someone says we have to keep it alive to harvest its brain,” Fiorina said, as the crowd began stirring to applause.

“This is about the character of our nation, and if we will not stand up in and force President Obama to veto this bill, shame on us.”

Dawn Laguens, Executive Vice President for the Planned Parenthood Action Fund, wrote back claiming Fiorina’s statements were “completely false and that the video footage [she] described simply does not exist.”

“Literally, there is no such scene on any of the heavily edited, widely discredited videos that have been released by anti-abortion extremists. Your statements last night, while vivid and attention-getting, were completely untrue,” Laguens wrote.

While Fiorina may have opened herself up to attack by misrepresenting the facts and conflating elements from the CMP’s videos – the CMP has released a total of 10 videos, which include footage solicited from other pro-life organizations, on top of incredibly large volumes of unedited footage – the core of what she said about the videos’ contents is true and corroborated.

In the CMP’s seventh exposé, the third in their Human Capital documentary-style web series, they featured horrific footage, courtesy of the Grantham Collection & Center for Bio-Ethical Reform, of an aborted baby contained within a steel dish moving its arms and legs, fighting for life outside of the womb.

In the same Human Capital video, former StemExpress procurement technician Holly O’Donnell described being instructed by a supervisor to “remove [a] baby’s brain with scissors through the baby’s face,” according to LifeSiteNews.com in an article titled “Aborted Baby’s Heart was Beating as We Harvested his Brains.”

“It had a face, it wasn’t completely torn up. And its nose was very pronounced,” O’Donnell describes in the video. “It had eyelids and its mouth was pronounced and then, since the fetus was so intact, [the supervisor] said, ‘OK well this is a really good fetus and it looks like we can procure a lot from it. We’re going to procure brain.’”

The video also features recordings from the heads of other prominent procurement companies who partner with Planned Parenthood, including Novogenix Laboratories, LLC, Executive Director Dr. Ben Van Handel, who claims that “There are times when after the procedure is done that the heart actually is still beating.”

While Fiorina would have done well to study up on the videos and accurately describe them on the debate stage, it’s undeniable the CMP videos are “graphic and disturbing,” and that Planned Parenthood is simply playing semantics by cherry-picking arguments to maintain its reputation.