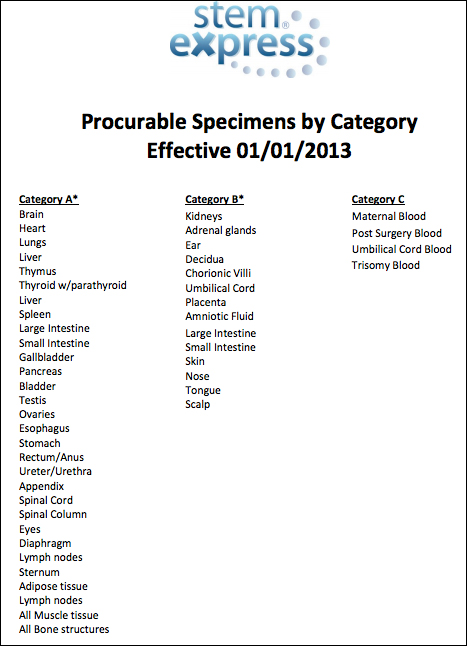 A technician who participated in harvesting organs from aborted babies provided by Planned Parenthood says her company encouraged workers to obtain as many high-value samples as possible with incentives such as bonuses.

“We wanted more gestated fetuses. It was a lot easier to get these and we could take more from it,” O’Donnell tells CMP President David Daleiden.

The bonuses urged technicians to obtain as many specimens as they could as quickly as possible, with little to no regard for the safety or moral dilemmas faced by pregnant mothers. 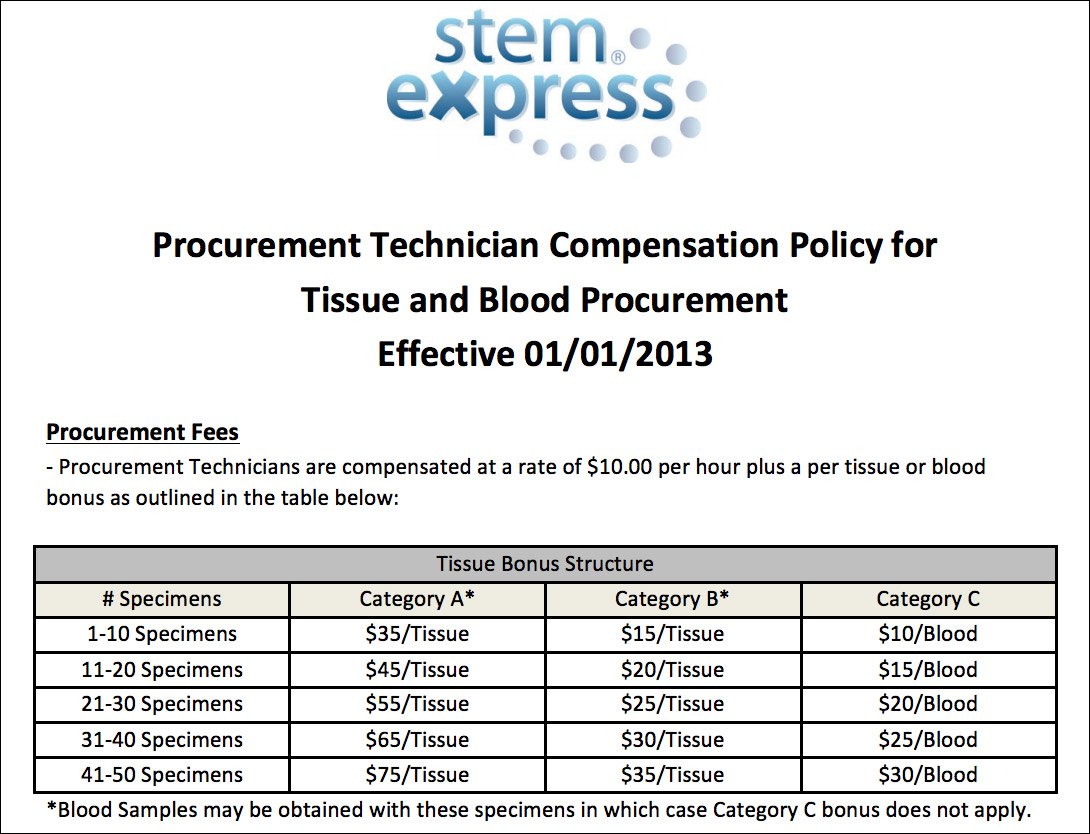 In a StemExpress memo regarding bonuses, the value of high-demand specimens are organized by category, with major organs such as livers, stomachs and muscle tissues designated Category A, while Category B and C organs such as noses, tongues and skin were lower in demand and bonus amount.

O’Donnell also claimed there was always “maximum pressure” to procure as many samples as possible and that supervisors routinely expressed “It’s not an option, it’s a demand.”

StemExpress employees worked alongside abortionists in Planned Parenthood clinics in Northern California to extract body parts which were shipped via FedEx to researchers throughout the country. Planned Parenthood received compensation for “specimens” and gestated fetuses “determined in the clinic to be usable.”

CMP’s latest video comes as the FBI has asked the Senate Judiciary Committee to turn over documents related to their investigation into allegations that Planned Parenthood and other abortionists illegally profited from the sale of baby body parts.

The Hill notes: “Abortion providers are allowed under a 1993 law to transfer fetal tissue for research at a cost equal to the price of obtaining it, but are not allowed to sell it at a profit.”

“The evidence is now overwhelming that StemExpress and Planned Parenthood engaged in a profit-driven business together to harvest and sell aborted fetuses against the law,” Daleiden stated in a press release. “The FBI’s inquiry into the human atrocity of Planned Parenthood’s criminal abortion business is long overdue and law enforcement must move quickly to bring this barbaric enterprise to justice under the law.”