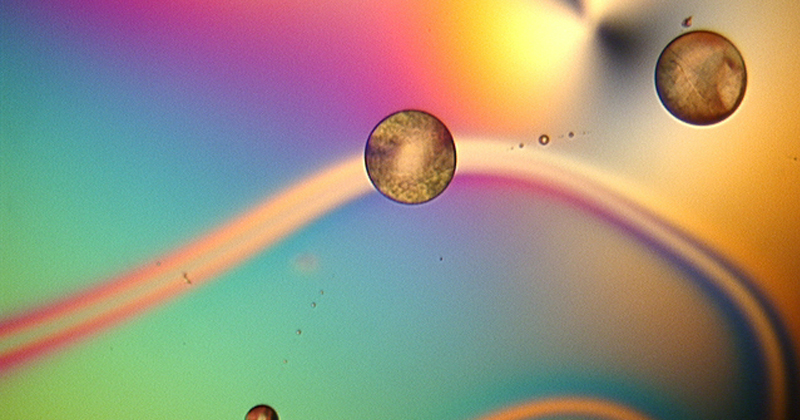 As interest in the application of plasma medicine — the use of low-temperature plasma (LTP) created by an electrical discharge to address medical problems — continues to grow, so does the need for research advancements proving its capabilities and potential impacts on the health care industry.

Across the world, many research groups are investigating plasma medicine for applications including cancer treatment and the accelerated healing of chronic wounds, among others.

Researchers from Penn State’s College of Engineering, College of Agricultural Sciences and College of Medicine say direct LTP treatment and plasma-activated media are effective treatments against bacteria found in liquid cultures. The researchers also say they have devised a unique way to create plasma directly in liquids.

The team, comprised of engineers, physicists, veterinary and biomedical scientists and medical professionals, is using an atmospheric-pressure plasma jet to use room temperature — “cold” — plasma to treat bacteria.

Plasma, the fourth state of matter, is typically very hot — thousands to millions of degrees. By using plasma generated at atmospheric pressure or in liquids, the researchers can create molecules and atoms with antibacterial effects without burning anything. Sean Knecht, assistant teaching professor of engineering design at Penn State and leader of the Cross-disciplinary Laboratory for Integrated Plasma Science and Engineering, said this process creates many different types of reactive particles, making the likelihood of bacterial mutations to simultaneously combat all the particles almost nonexistent.

Knecht explained that the team’s research results, published in Scientific Reports, show that plasma technology generates large amounts of reactive oxygen species or reactive particles created from molecules that contain oxygen atoms, including oxygen molecules in the air and water vapor. The plasma’s effect on different bacteria such as E. coli and Staph. aureus is significant, resulting in many bacterial deaths through multiple generations.

“Over the course of four generations of bacteria, these bacteria do not acquire any form of resistance to the plasma treatment,” he said.

Girish Kirimanjeswara, associate professor of veterinary and biomedical sciences at Penn State, said this is extremely important due to the typical way bacteria mutate, making them resistant to antibiotics.

Antibiotics target a specific metabolic pathway, essential protein or nucleic acids in bacteria. Because of this, antibiotics have to enter a bacterial cell to find and bind to that specific target. Any bacterial mutation that decreases an antibiotic’s entry capabilities or increases its rate of exit makes the antibiotic less effective. Mutations happen naturally at a low rate but can rapidly accumulate by selection pressure when introduced to antibiotics aimed at fighting the bacteria.

According to Kirimanjeswara, the team’s research results show that plasma treatment produces various reactive oxygen species at a concentration high enough to kill bacteria, but low enough to not have negative impacts on human cells. He explained that the oxygen species quickly target virtually every part of the bacteria including proteins, lipids and nucleic acids.

“One can call it a sledgehammer approach,” Kirimanjeswara said. “It is difficult to develop resistance by any single mutation or even by a bunch of mutations.”

The team also applied these findings to design a system that can create plasma directly in liquids. The researchers intend to create plasma in blood to address cardiovascular infections directly at the source. To do so, high electric voltage and large electric currents are typically used. In the plasma system created by the researchers, the electrical current and energy that might reach the patient are minimized by using dielectric, or electrically-insulating, materials. Materials that the team would typically use to create the plasma include glass and ceramic due to their capability to withstand high local temperatures. These materials tend to make blood clot and may not be very flexible, a necessity if they are to be used in the cardiovascular system. The team is investigating insulating coatings that are biocompatible, or acceptable by the human body, and flexible. Knecht said the team has identified a polymer called Parylene-C and reported the initial results in the journal IEEE Transactions on Radiation and Plasma Medical Sciences. The team is further pursuing this avenue, as polymers have low melting points and may not withstand repeated exposure to plasma.

Kirimanjeswara said scientists typically work to understand how different bacteria cause disease or how host immune responses eliminate bacteria to create new antibiotics and vaccines. Though these more traditional approaches are essential, they are often gradual and time-consuming. The team’s innovative research highlights the importance of continuing to investigate new ways to combat bacteria.

“Transformative and cross-disciplinary approaches have the potential to speed up finding solutions to urgent global problems,” he said. “It is important for the general public to be aware of and appreciate the fact that the scientific community is engaged in several approaches, some traditional and others nontraditional, to combat the growing problem of antibiotic resistance. We hope our research reinforces the idea of embracing nonantibiotic approaches to treat bacterial infections in the future.”