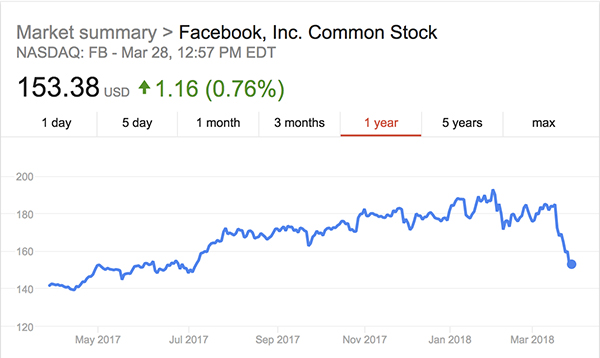 Playboy was already on the fence with Facebook after it revised its policies on sexual content which have forced the adult magazine to self-censor.

“While that has challenged our business objectives and the ability to reach our audience in an authentic way, the recent news about Facebook’s alleged mismanagement of users’ data has solidified our decision to suspend our activity on the platform at this time,” Playboy Enterprises said.

“There are more than 25 million fans who engage with Playboy via our various Facebook pages, and we do not want to be complicit in exposing them to the reported practices.”

“Playboy has always stood for personal freedom and the celebration of sex,” the company added. “Today we take another step in that ongoing fight.”

Facebook has been under fire since data analytics company Cambridge Analytica was revealed to have siphoned off and sold over 50 million users’ Facebook data to various political enterprises.

Billionaire Elon Musk pulled the accounts of his companies Tesla and SpaceX from Facebook following the revelations, saying the social media giant gave him the “willies.”

“It’s not a political statement and I didn’t do this because someone dared me to do it. Just don’t like Facebook. Gives me the willies,” Musk tweeted on Saturday.

It’s not a political statement and I didn’t do this because someone dared me to do it. Just don’t like Facebook. Gives me the willies. Sorry.

It is time. #deletefacebook

Facebook has lost $80 billion in stock market value since the scandal broke last week, and it’s been revealed over 50% of its users don’t trust the tech company to protect their data from future breaches.