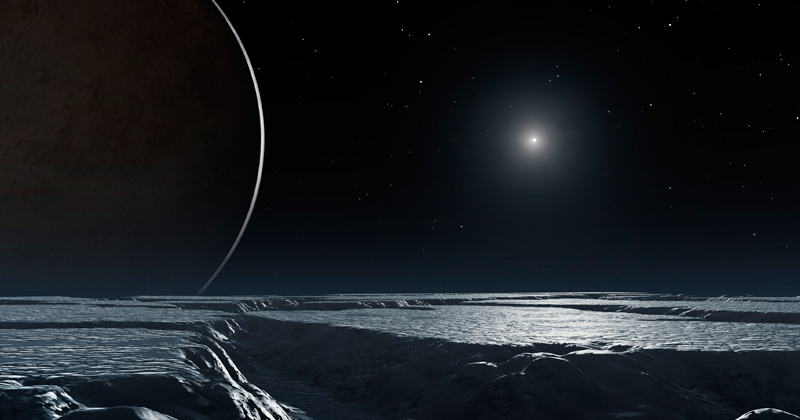 One brave NASA administrator is refusing to bow to the prevailing scientific consensus, and is risking potential ostracization or, worse still, online ridicule, for proudly declaring that “Pluto is a planet.”

Saturday, August 24, 2019 marked 13 years to the day since Pluto was demoted from having the status of a planet to being assigned that of a dwarf planet, by the International Astronomical Union (our solar system’s resident’s association of scientific fuddy-duddies).

But now, in what history may record as either a brave call to arms, beseeching the scientific community to band together against the tyranny of the IAU or, more likely, an off-the-cuff, likely tongue-in-cheek remark, NASA Administrator Jim Bridenstine had declared his unwavering belief that Pluto is indeed a planet. “I’m sticking by that, it’s the way I learned it and I’m committed to it,” Bridenstine boldly declared.

Regardless of how his comments were intended, there are still members of the scientific community fighting the good fight to restore Pluto to full planetary status and renew its membership in the Solar System Planet Club.

Pluto was originally demoted as it had not cleared its planetary neighborhood (the Kuiper belt) of cosmic debris, angering the uptight Galactic Residents’ Association back on Earth.

There was also a certain degree of NIMBY-ism behind the decision: astronomers had discovered multiple objects in our solar system that were indeed larger than Pluto (including Eris). Does this mean that these should all be declared planets? This could set up a slippery slope for chain migration by unscrupulous dwarf planets trying to force their way into the solar system’s exclusive planetary club, making a mockery of the IAU’s byzantine rules and regulations.

Proponents of the restoration of Pluto’s planetary status point to its multilayered atmosphere, the presence of organic compounds on its surface, the fact that it has weather, avalanches, plutoquakes and possibly even liquid oceans, in addition to its own moons, as more than sufficient evidence of its rightful place among the stars.

Bridenstine’s comments sparked an outpouring of support for Pluto on Twitter, with many weighing in to offer their backing for reinstating Pluto’s planetary status. “It’s round, has weather, has several moons, orbits the Sun. It’s a god-damned planet,” one commenter wrote. “The first crime in space was kicking Pluto out of the planet club,” another added, riffing on a news story from last week. However, many others were just immensely fatigued by the entire row.

“The New Horizons project, like a growing number of the public, and many hundreds if not thousands of professional research astronomers and planetary scientists, will not recognise the IAU’s planet definition resolution of Aug. 24, 2006,” Ster wrote previously.

The ongoing controversy famously featured in an episode of the wildly popular Adult Swim animated series Rick and Morty, where one character is widely mocked and ridiculed for sharing his belief that Pluto is indeed a planet declaring that, “If it can be a planet, it can be a planet again!”

Sargon of Akkad and Owen Shroyer tear apart one of Forbes fake news articles about Alex Jones’ products at InfowarsStore.com.