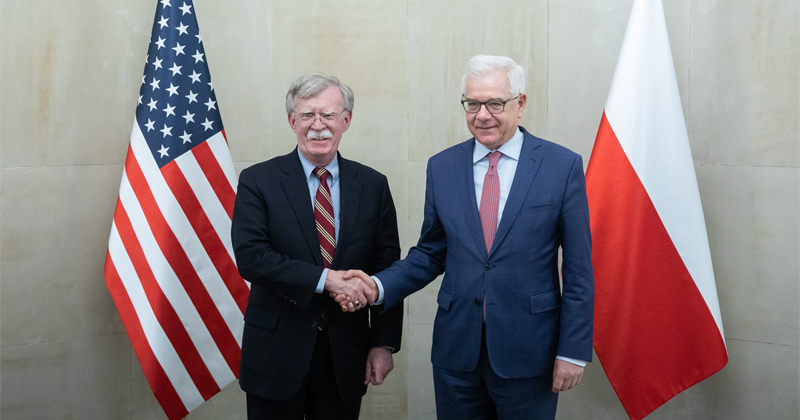 Poland and the United States have agreed on six locations for new US troops to be stationed throughout the European nation, according to a Friday statement by Polish Defence Minister Mariusz Blaszczak.

“We have agreed on six locations, we talked about a seventh location,” Blaszczak said during a joint news conference with US National Security Advisor John Bolton, who – along with Vice President Mike Pence, are in Poland to attend a commemoration of the 80th anniversary of the start of WWII. President Trump will not attend, having canceled due to hurricane Dorian, according to Reuters.

Today already @AmbJohnBolton is in town meeting e.g. with Foreign Minister #Czaputowicz or Defense Minister #Blaszczak. @VP Pence is to be expected in #Warsaw on Sunday for the commemoration. https://t.co/XyLzNUfpHp


The military deal, signed in June, will add 1,000 non-permanent US troops to the currently stationed 4,500 on rotation as part of NATO forces.

“In June, Poland signed a deal to increase the American military presence on its soil to counter Russia’s growing assertiveness since its 2014 annexation of Crimea from Ukraine.

Poland has a border in the northeast with the Russian enclave of Kaliningrad, where Moscow has deployed advanced nuclear-capable Iskander missiles.” –Reuters

According to an aide to Polish President Andrzej Duda, Trump may visit over the next few months. Many are expecting the US president to announce an easement of US visa requirements for poles, along with comments on energy and technology cooperation.

Alex Jones breaks down the push to back a Chinese takeover of America to get rid of Trump.