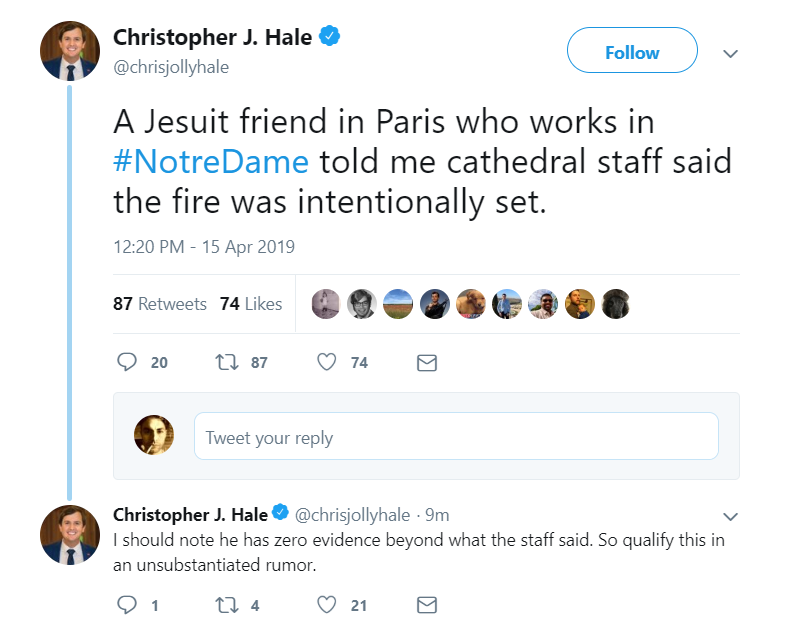 Feces smeared on walls, intentional fires and theft plague churches across France as police figures show 875 of the country’s 42,258 churches were vandalized in 2018.

As Infowars’ Paul Joseph Watson reported just hours before the Notre Dame Cathedral caught fire, “The number of anti-religious attacks against Jews and Christians in France continues to rise, while attacks against Muslims are at their lowest for 9 years.”

The church attacks have some politicians saying France’s Christian heritage is being threatened by “militant secularists.”

Meanwhile, according to Newsweek, some French officials say they “don’t know why” the churches have been targeted.

While the cause of the Notre Dame inferno is still unknown, one hypothesis is Islamic arson, but MSM is stopping anyone who dares mention this from speaking out.

For example, Fox News’ Shepard Smith and Neil Cavuto both cut off guests who alluded to the possibility of the fire being intentional.

A TIME Magazine columnist, Christopher J. Hale, claimed a worker at the cathedral told him the blaze was purposely started.

The media is also covering up the celebration of the cathedral’s destruction on social media, claiming Infowars lied about people reacting with smiley face emojis despite video evidence.

A brief summary of who is responding to the tragic Notre Dame fire with 'smiley faces' on Facebook. Appalling. pic.twitter.com/OBANPl9Wpv

Will we ever get to the bottom of the tragic destruction of the 800-year-old historic site, or will political correctness stop a real investigation from taking place?

Although Islamic terrorism and threats against Christians are on the rise in Europe, the MSM appears ready to censor any opinions that the fire at Notre Dame may have been a terror attack.

Alex breaks down how even french officials are now questioning the true motives of this tragedy.