As the truncheon blows rained down on Vinicius Duarte, the 26-year-old university student tried to engage the police officers who continued beating him on the floor. 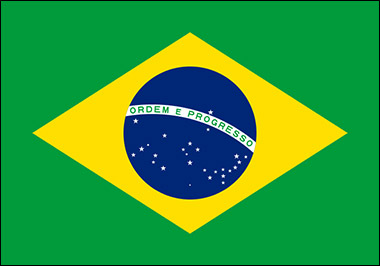 All he could hear were voices pleading with them to stop, as he suffered bruises and red welts across his face with every strike.

But the scene inside the Linson Hotel in São Paulo, where anti–World Cup protesters were taking refuge last weekend, was already out of control.

“If it was not me, it would have been someone else, because they’ve got a predisposition to violence,” Duarte, an industrial chemistry student, said after the demonstration. “It’s never happened to me directly before, but I’ve witnessed other people in the protests get the same savagery from the police.”

With less than six months until the 2014 FIFA World Cup, the anger that sparked the biggest uprising of a generation last year is still simmering in the host nation of Brazil, even if some of the momentum has been lost and the potential to disrupt the event remains unclear.

Police brutality has become a common backdrop to the demonstrations against substandard health care, education and transportation. Taxes remain high, the cost of living has increased and investment in the World Cup has spiraled out of control.

The protest that flared up in São Paulo last weekend, while demonstrations in other cities passed without incident, was indicative of the volatility of the movement.

In São Paulo, there were scenes of chaos as 2,500 people took part in a demonstration aimed squarely at the hosting of the soccer tournament.

The banners and chants were familiar: “FIFA go home” and “Hey, FIFA, pay my fare” — a reference to a rise in bus fares, which hits the poorest. Meanwhile, the construction bill for the 12 stadiums has reached more than $3 billion.

Even with the most recent increase in the minimum wage to $310 a month, the lowest-paid Brazilians still earn less than half the price of the most expensive World Cup ticket — $821.

And activists say as many as 250,000 people have been evicted or are threatened with eviction because of projects linked directly or indirectly to the World Cup.

Last weekend’s protest made waves after descending into violence.

On Saturday, a 22-year-old student was shot after a confrontation with police, while a family of five — including a 4-year-old child — had to abandon their car when it caught fire from a burning mattress.

The protest’s message was more of a declaration than a demand: “There won’t be a World Cup.”

This was one of the more serious acts since protests swept the country during the Confederations Cup, the soccer tournament last June seen as a warm-up to the World Cup.

After that, demonstrations in Brazil had become less explosive and more a series of decreasingly powerful aftershocks as disapproval quieted down.

Activist groups including Anonymous, Black Bloc and the Free Fare Movement (which campaigns for free public transport) organized a proliferation of rallies, but none managed to sustain the momentum seen in June.

Popular support for the protests fell from 89 percent at the end of June to 66 percent in October, according to the research institute Datafolha, as they became increasingly characterized by violence and vandalism.

“Nobody can stay protesting the whole time,” said Sonia Fleury, a professor and political researcher at the Getulio Vargas Foundation, a higher education institute. “There was not the demand for something big like protests in other countries, where people want to overthrow a military dictatorship or president.”

The trigger in June had been a 20-centavo (about eight cents U.S.) rise in bus fares, which ignited an explosion of untapped dissatisfaction with poor public services, as the country invested millions of dollars in mega-events like the World Cup and the 2016 Summer Olympics.

The city of São Paulo then came to a standstill amid a police backlash of tear gas, pepper spray and rubber bullets.

And the main street in downtown Rio de Janeiro became a river of incensed men, women and students, marching in volumes normally seen only at Carnival, soccer matches or New Year celebrations.

Protests for Feb. 1 were organized in almost every major city, including the 12 World Cup locations.

“This was something that wasn’t expected,” Fleury said. “Everybody thought the people would be very proud of Brazil being considered one of the big countries in the world and this would join all the social classes and groups, but it’s not true.”

Despite a stable economy and social welfare programs that had lifted 36 million people from extreme poverty in 10 years, many have expressed disappointment about investment in public services.

“I was at that rally because I am aware that the World Cup is being built on top of a long list of atrocities worthy of a dictatorship.”

But while the protest in São Paulo was dubbed the “first big act against the World Cup of 2014,” it remains difficult to predict whether the movement will recover its impetus and pose a significant threat to the event.

A similar demonstration organized in Rio de Janeiro failed to have the same impact, attracting around 100 protesters.

Among those who did gather in front of the iconic Copacabana Palace Hotel on Saturday was Angela Tenorio, a doctor who used to work at a state hospital in Rio.

Tenorio, 60, said the protests had started successfully and had been well supported but blamed the government for the increasing levels of violence.

“Unfortunately, the government introduced vandals so that we were demoralized, and many decided to no longer support the protests,” she said.

“I took part in the protests against the World Cup because it’s injecting billions into the construction of stadiums for tourists to enjoy themselves while Brazilians die for a lack of hospitals. I’m watching the neglect of health in my country — hospitals abandoned by those elected to support all social classes.

“I complained against the national health service where seriously ill patients had to wait months for appointments, surgery was canceled for a lack of structure in the hospital, doctors abandoned hospitals because of lousy wages, and a lack of equipment and drugs.”

Days after the anti–World Cup rally, a protest against a new increase in bus fares, which takes effect in Rio next week, attracted similarly low numbers.

Alessio Abdon, a teacher at the Estacio de Sa University in Rio, said, “More than 3,000 confirmed and there were not even 200 at the protest. This is Brazil.”

Paulo Junior, another would-be protester, said, “I got to Candelaria (in downtown Rio) around 6 p.m. and saw a small group of protesters. I also saw a bus of military police nearby. I realized I had forgotten my documents and decided to go home and to get them. When I returned around a half hour later, there was nobody. Not a shadow of a protest and no police. What happened?”

Yet a readers’ poll by Folha de São Paulo this week found that 70 percent of people supported the anti–World Cup protests. And the resurgence of public action has unsettled politicians already under pressure, 10 months before elections.

President Dilma Rousseff, who was in Cuba this week on an official visit, called for a meeting with her secretaries of justice, sports and defense to discuss World Cup security in the wake of the protests, according to Brazilian media.

But it remains unclear what might sustain the protests for the coming months and what will be the coalescent factor.

“I don’t know how to respond to that question,” Duarte said. “I would also love to know why (the protests were less strong after June). It’s a question that requires deep reflection.”

Fleury said she believes the movement will reappear during the World Cup because the promises made after the wave of protests last June will not have been delivered.

“I think it will be a very interesting World Cup,” she said. “In many countries, people realize the problems after the World Cup. We’re discussing this in advance, and this will be politically very interesting.”