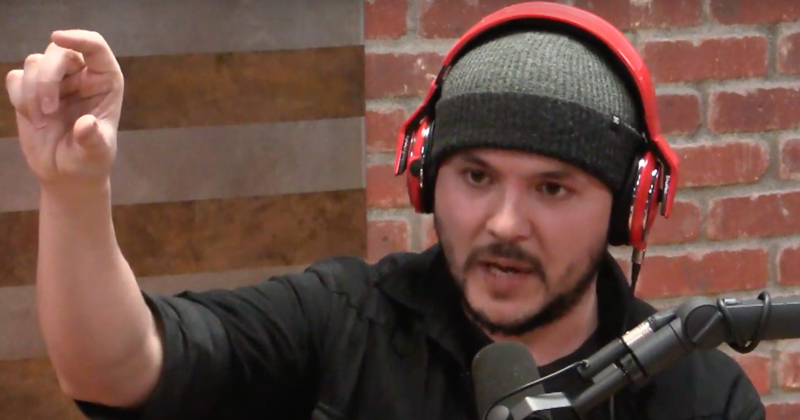 Police were called after an unidentified person attempted to enter the home of former Vice journalist Tim Pool Thursday morning.

Pool was startled out of his sleep by a sound he heard around 4AM and was shocked to see someone outside his home.

“Someone just showed up to my house Wtf,” Pool posted to Twitter.

Someone just showed up to my house

“About four hours ago I was greeted by a strange person who tried to break in,” Pool said in a video documenting the event, pointing to footage taken by his surveillance camera at 4:27 a.m.

The camera captures the sound of someone attempting to break inside the home.

Pool says he called police and when they arrived the person claimed to be a fan who’d traveled from Philadelphia to deliver the reporter an “important story.”

Turns out the cops found the guy. He was about a block away and they stopped him and they searched him. The dude claimed he was a big fan of news anchor extraordinaire Tim Pool, and that he walked here from Philadelphia, which is about 15 or 20 miles away, he took a bus from DC and then walked here across the bridge – which to the best of my understanding is not a pedestrian bridge – walked to my house at 4:30 in the morning and then as we believed at the time knocked on the door to try to share an important story.

Pool says he has reason to believe the person might have been an Antifa affiliate angry over a free speech event to be held this weekend in New Jersey.

“Sorry, not ok, and no way I believe a ‘fan’ is coming here at 4am,” Pool wrote on Twitter.

Someone showed up to my house at 4am, its pitch black outside

Cops were called, found him a block away, claimed he knew about the event in Pitman and walked here from Philly (10-15 miles)

Claimed he was a fan

Sorry, not ok, and no way I believe a "fan" is coming here at 4am

The man shows up again about four hours later while Pool is filming his video documenting the first incident.

“It was after the cops left that I went through the surveillance footage and heard that noise and realized what woke me up,” Pool says. “Somebody was trying to push on the door and pop it open and that’s the sound that I hear, and the cops stopped the guy and Apparently he just showed back up.”

Pool warned he might have to take home defense more seriously if he continues to receive early morning visits.

“If you show up to my house at 4:30 in the morning again, I don’t care who you are, then don’t be surprised when home defense becomes an issue, if you know what I mean.”

The upcoming event is dubbed the Minds IRL “Ending Racism, Violence and Authoritarianism” conference and is set to take place Sunday at the Pitman Theater in Pitman, New Jersey, despite threats to the theater.

Announcement Regarding Our Event Minds IRL set to take place 8/31 in Pitman, NJ

We Will Not Be Silenced