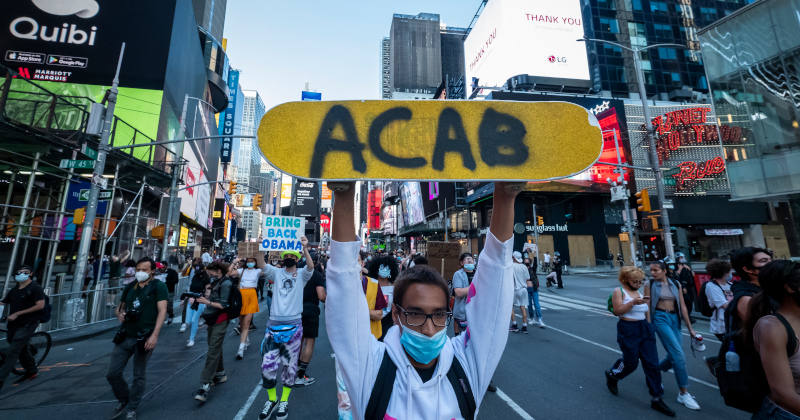 While riots and looting continue nationwide in protest of the death of George Floyd, there is nary a fact to be found about police brutality or police misconduct.

Perhaps that’s because the facts don’t fall in favor of the ongoing assault of the police in the United States that is taking place.

For example, New York Police last year saw their misconduct claims fall to a 10 year low. Allegations of false arrest, false imprisonment and excessive force are the lowest they have been at any point in the previous decade, according to new data from the New York Comptroller’s Office.

Among other facts being ignored are the facts that police are more likely to shoot unarmed white suspects than unarmed black suspects, according to several studies. For example, Prager U notes that “A recent study by Lois James of Washington State University found that police officers are three times less likely to shoot unarmed black suspects than unarmed white suspects.”

In another study, “Harvard economist Roland Fryer analyzed more than 1,000 shootings and concluded that police shootings show no racial bias. His study of police-involved shootings in Houston found that blacks are 24% less likely than whites to be shot by police in situations when they are armed or acting in a threatening manner.”

Finally, a WSJ op-ed from 2016 called “The Myth of Black Lives Matter” inconveniently pointed out that “Whites and Hispanics are three times more likely to be fatally shot by police than African Americans, despite statistics showing blacks committing a disproportionate number of violent crimes.”