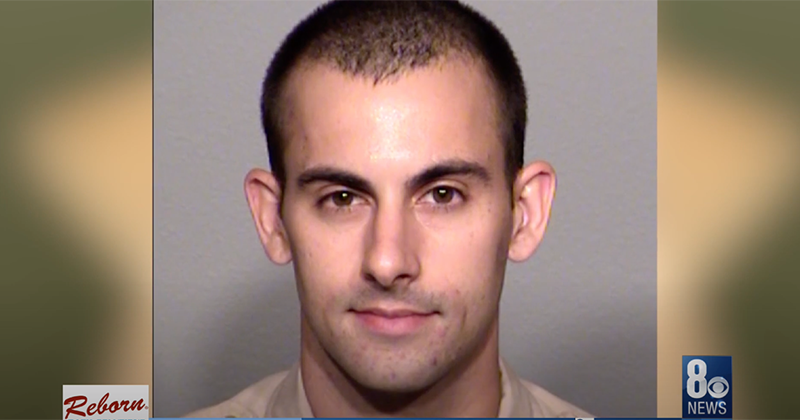 A police officer who was shot in the head during a Black Lives Matter demonstration in Las Vegas is paralysed from the neck down, according to a statement released to police by his family.

An officer who was shot in the head during a Las Vegas protest of the death of George Floyd in Minneapolis is paralyzed from the neck down, on a ventilator and unable to speak. https://t.co/fq6LFeV5VR

The AP reports that officer Shay Mikalonis, 29, has been “tentatively accepted at a spine rehabilitation center” but is expected to stay on a ventilator. He is unable to move or speak.

“Shay is on a ventilator and will be for the foreseeable future or perhaps the rest of his life.” the family statement tragically notes.

“Our family can never express our gratitude for all the support for Shay,” the family statement said, thanking nurses and doctors at University Medical Center in Las Vegas.

20-year-old Edgar Samaniego has been charged with the shooting, with a judge declaring the video shows him “walking by, taking out a gun and firing … at officers” during the unrest.

Locals turned out this past weekend for a fundraiser for the fallen officer:

A Go Fund Me effort has been set up for Mikalonis by a retired Las Vegas Metro Police Department officer and friend of the family.

You can donate here.