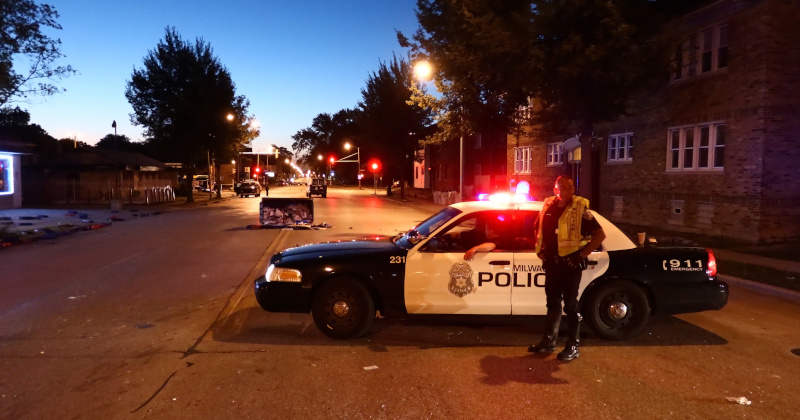 Democrats who have been clamoring to defund police and “reimagine” the force may soon get a small taste of what they’re asking for, after scores of law enforcement agencies reportedly refused to protect their convention.

At least 100 law enforcement agencies around Wisconsin are reportedly canceling agreements to help provide security at next month’s Democratic National Convention in Milwaukee, raising concerns over whether forces will be adequate to deal with potential protests.

At issue is a new policy banning Milwaukee police from using tear gas or pepper spray during protests, which was ordered last week amid heightened scrutiny of law enforcement tactics. Police have clashed with protesters across the nation in the past two months as many anti-racism demonstrations escalated into riots, including looting and violence in Milwaukee.

Since the Milwaukee order was issued, police departments from such cities as Fond Du Lac, Franklin, Greendale and West Allis have withdrawn from agreements to send officers to the convention, the Milwaukee Journal Sentinel reported. Milwaukee police were counting on outside agencies to provide about 1,100 officers to help provide security during the convention, which begins on August 17.

The convention has been scaled down this year to have only about 300 people attend in person, including presumptive presidential nominee Joe Biden, because of concerns over the Covid-19 pandemic.

President Donald Trump last week canceled the Republican National Convention that was scheduled to be held next month in Jacksonville, citing rising coronavirus cases in Florida.

But regardless of how few people may be inside at the Wisconsin Center in downtown Milwaukee, police are bracing for the possibility of large protests outside the venue.